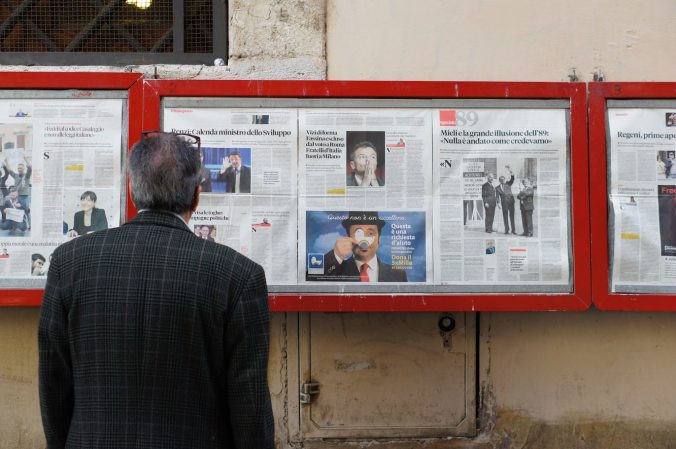 The only qualification I had when I first started writing for a living was an accounting diploma. That, and some six years of hairdressing experience.

So I was surprised to get a call from a local NGO about my mentorship application I had sent in just the day before. Apparently, someone like me—who’d blundered from one writing niche to another—did have something to offer the next generation.

As mentors, we were required to sit through four lessons so that we’d all be on the same page when it comes to disseminating the syllabus to our mentees. During one such lesson, I began realising just how little I knew about journalism.

More importantly, I had, to this point, not known what news values were. Since I’d managed to make it through nine years of writing for a living without knowing about them, I figured that perhaps some of you wouldn’t as well, and thus the reason for this article: To share something I thought was a rather interesting way to judge a newsworthiness of an article.

So let’s get started then, shall we?

What are news values?

Here’s a quick rundown on news values: There are seven of them, and the more elements you fit into your article, the better.

Read your favourite dailies or blogs and you’ll be hard-pressed not to find any headlines without news values. Why? Because news values are what makes the difference between someone’s post about their lunch and Greta’s tirade on global warming.

If you’ve already been writing for a while, then chances are you already have a nose on that practice. Heck, you might even have already applied these values to your stories without knowing.

Do remember though, that nothing is written in stone. My mentor for this programme—a Peabody-nominated journalist and deputy editor for one of the desks in the local papers—meant exactly that when he said, “It’s not an exact science. At the end of the day, it really depends on feeling.”

So now that you know that, let’s explore the actual values themselves.

When you think of news, you think of the latest happenings. COVID news may still be timely, but it’s a 2020 thing, and New Year’s is fast approaching. News about that mutated strain in the UK, however, would be considered a timely story, even among other pandemic-related ones.

This is why trending news will always be in trend, so to speak. One way you can keep your finger on the pulse of new news is by surfing hashtags or trending topics on social media.

What does your story mean to your readers? Will it affect their lives in a significant way? A story about a car crash you were involved in might touch a few people. But if said accident highlights a criminal ring that pours oil on the roads in the name of insurance fraud, then you can be sure that it’ll make for an impactful read, especially to those who drive a lot.

Things happen all the time, all across the globe, and as a Malaysian, I’ve been fortunate enough to have avoided the brunt of the news that’ve made headlines this year. We didn’t get hit that bad by COVID, nor were we a part of any wildfires or earthquakes, so it was only natural that I didn’t click too much on said articles.

You know what I clicked on though? An article about a local girl band accused of copying Blackpink. A blow-by-blow update on the change in our government. News on restrictions in alcohol sales and the wishing of ‘Merry Christmas’ in the country. All because they were happening right in my backyard.

You want an example? How many people do you know who’d tried losing weight in the past year? Quite a few, I’d wager. And how much fanfare did they get? Not as much as Adele did when she posted her weight-loss pics, that’s for sure.

The fiction writers among you would love this. After all, a story’s not a story unless there’s conflict, right? Politics aren’t short on supply on conflict. Sports columns enjoy a bit of conflict too. In fact, some sports like MMA thrive on it. It’s all about the bad blood, and it’s even worth faking in the weeks leading up to a fight. This is why fighters like Conor McGregor garners so much attention. He knows how to drum up the drama, and people lap it up.

Clickbait titles, anyone? If you’ve been on the internet at all this past decade, you’ll know just how irresistible some of these headlines can be. Admit it, we’ve all been overtaken by the curiosity one time or another. After all, how are we supposed to ignore a story titled Man’s Head Explodes In Barber’s Chair? That’s a real story, by the way.

This news value tugs at the heartstrings, reminding us what it is to be human. Stories that execute this well will leave readers changed after they’re done, and it’s one of my favourite types of stories to read. It doesn’t need to be in the form of the written word either. I mean, who can forget the photo of that drowned Syrian boy on the beach? What about the woman with those striking eyes in that photo titled Afghan Girl?

Want an example of a headline that covers almost all the values above? How about Donald Trumps Tests Positive For Coronavirus? Moving forward, you should dissect each headline you come across to see how many news values they carry. Then try it yourself in your stories.

If you’re at a loss on how to ensure a newsworthy piece, I’ve found the following values to be pretty foolproof, and that’s to educate or entertain.

Then again, all these values are just suggestions. One thing you might’ve noticed is that these values depend heavily on who your audience is. So you will have to tailor each story based on your exact audience or the publication you work for.

And at the end of the day, there’s only one thing you should actually care about, and that’s to tell a good story.

43 thoughts on “Craft Better Stories With These Seven Values”