I’ve detailed some of the more prominent jobs I’ve done throughout my career. Just click on the images or links to read more. You can find a larger—and non-exhaustive (because it’s hard to keep track of every single piece)—list of my work at the bottom of this page.

As a grappler myself, I was stoked to receive this assignment. I caught a glimpse of the kushti way of life and how the warriors went about their training. I literally grappled with this amazing assignment. 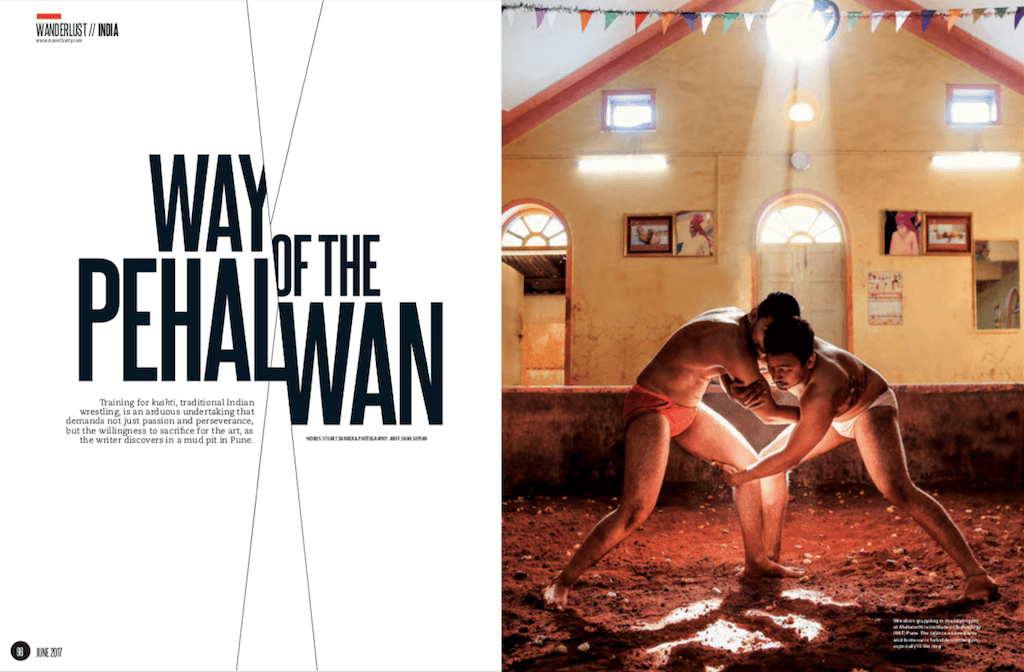 Columns also make up a healthy part of my career. I had some five columns to my name in the travel magazine, ranging from fashion, to event listings, to AirAsia’s corporate news. Not your typical advice columns.

As a Content Manager for Malaysia Airlines, I basically had a hand in everything to do with words. Short ad copy for entire campaigns were one of them. Ad-ing it up. 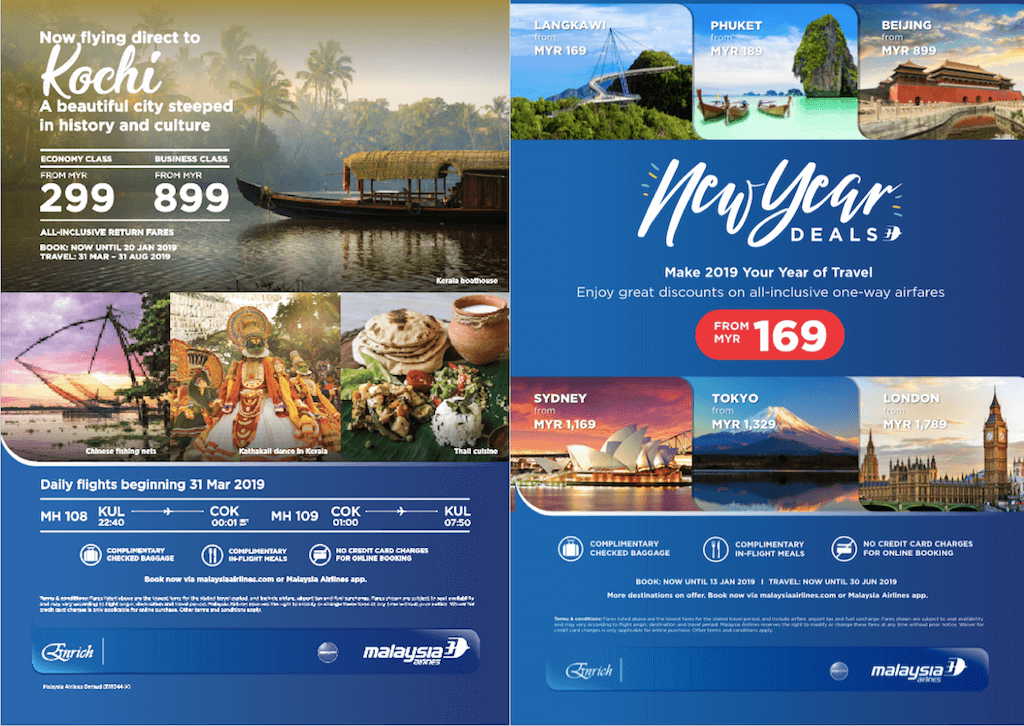 I’ve had a long history with this national newspaper, dating from my first gig in a publishing house up to the days of being a stringer. Here are the articles I’ve written for NST. Not fake news. 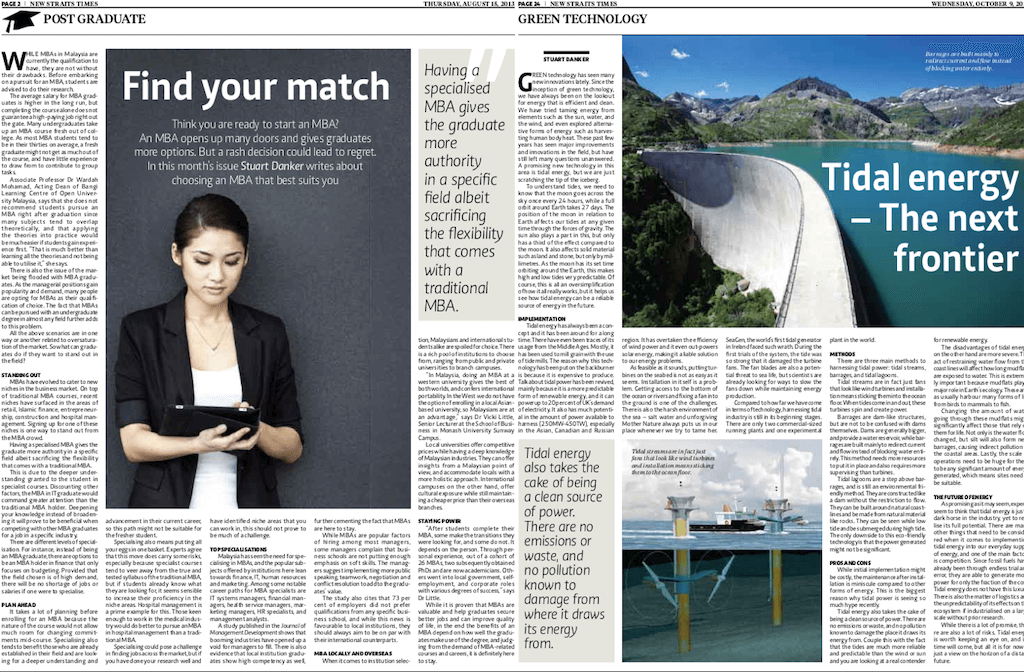 Here’s a medium that breaks away from the typical editorial assignments. This advertorial, written for another local newspaper, was to generate awareness on some of the Chinese destinations we were looking to push. Made  for China. 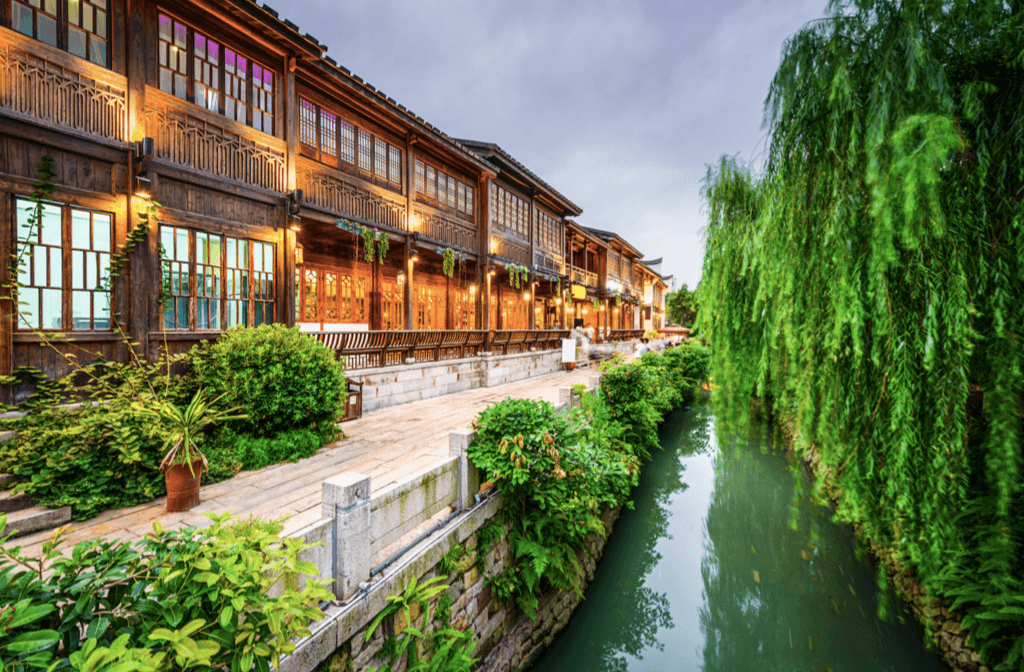 NEXT Academy: Press release for the media

When NEXT Academy announced it was going to accept Bitcoin payments, they wanted everyone to know about it. This press release helped them get featured by online news portals such as Vulcan Post and e27, as well as local TV news channels. Check out these pressing matters.

My blog aside, I’ve written digital stories for various companies, and in recent years, have begun to learn about the importance of SEO as well as online readability. Here are some of them. It’s almost like blogging. 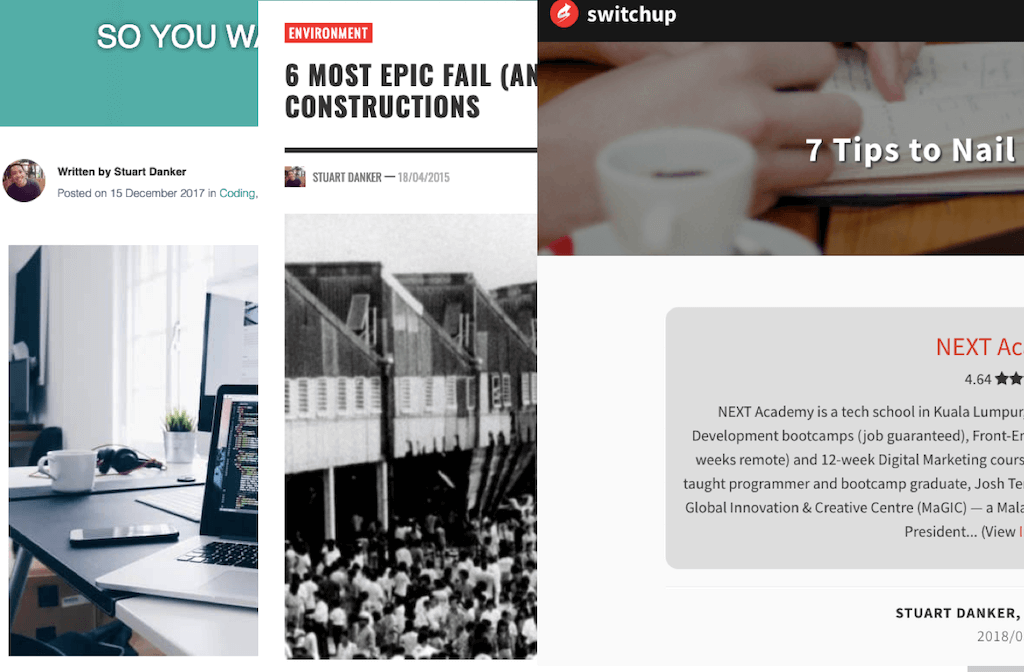 I wrote mostly for the property and IT sections during my time with this business paper. Check these articles out if you want to sample something of a more formal tone. The business of business writing.

A lot of my commissions come from official bodies such as MAJECA (Malaysia-Japan Economic Association) and SCORE (Sarawak Corridor of Renewable Energy). If you like corporate stuff, then these are for you. Serious work for serious folks.

Update as of 28 Feb 2019: travel 3Sixty pieces are currently unavailable due to their server migration. Will download the soft copies individually, which will take some time to compile. Sorry about that.