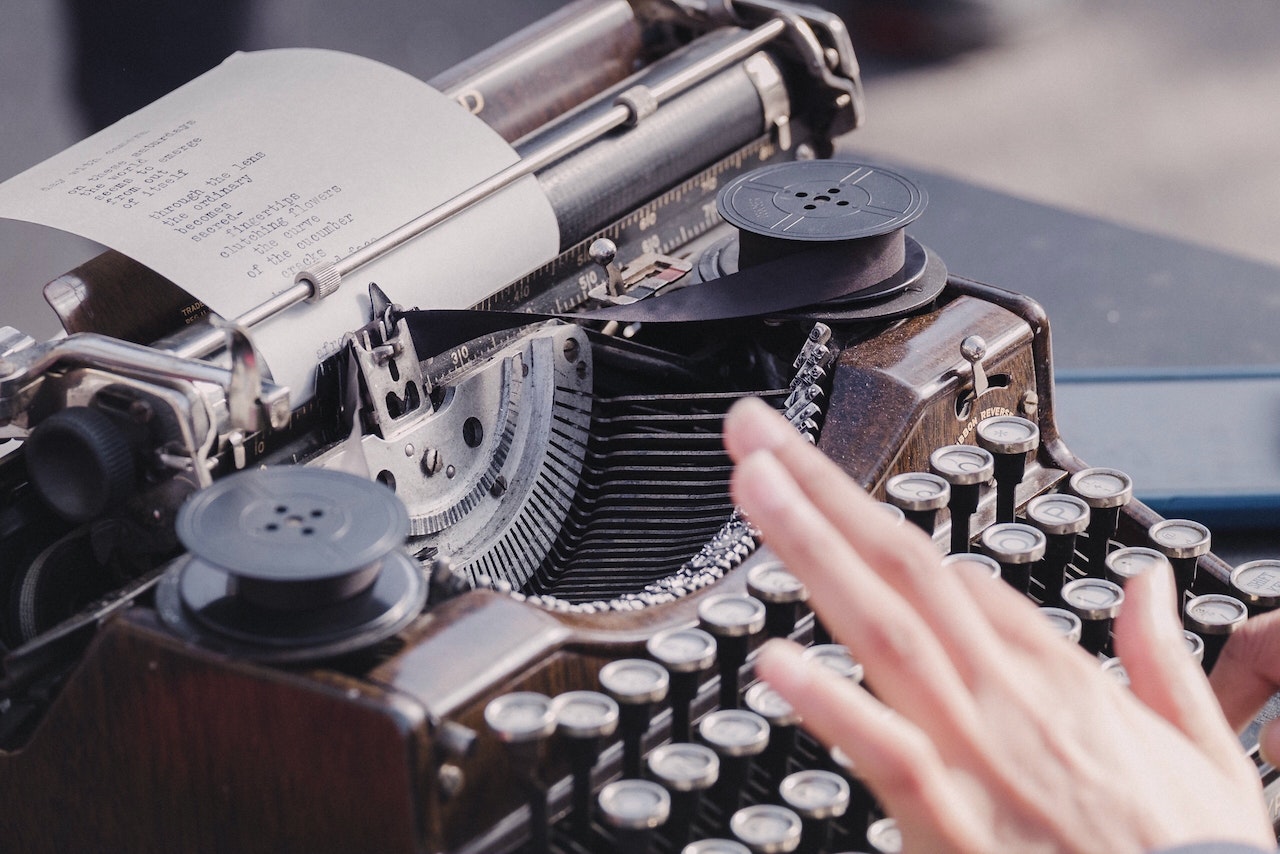 First things first, I never actually knew I could write for a living, so why not start with that.

I grew up in a developing nation, pre-internet, so that meant you either went to university to get a job, or you sucked it up and applied for any vacancy you could that paid more than USD 300 per month.

I had worked as a hairdresser for six years, went back to college, became an auditor, then realised that people would actually pay me to write. Not a bad way to stumble into writing, though I did waste ten years of my life in the workforce only to start from scratch once more.

But hey, at least I found something that felt right for the first time in my life. Think of a penguin who’d ran a foot race all his life. Then imagine that penguin discovering that he can actually swim, that nothing was wrong with him, that he just wasn’t in his element all that time.

That penguin is me.

Now, eight years have passed since I’d joined the publishing industry, and I can safely say that it’s the best career I’ve ever had to date. I’d even managed to break into the fiction industry and get a book deal set for publication in 2021.

That isn’t saying much, seeing how my past jobs include being a roadie, an insurance salesman, and a cybercafe receptionist, but something-something glass half full.

Still, there are some things I wish I knew before I became a purveyor of words, and you know what? I thought I’d share them with you. So read on and learn that sometimes…

I think formal education rarely matters in this field, because look at me. I’m a hairdresser with an accounting diploma, and I’ve been blessed with great writing gigs thus far.

But I think the only reason why I got my first writing gig was because I wrote “My previous experience is irrelevant to this job, but I do know my Dickens from my Hemingway.”

Maybe the editor at the time was in the mood for humour. Maybe she already had her morning coffee. Perhaps a cheeky description was the exact thing she was looking for in a writer.

Would I have gotten the job had someone with a college degree applied? I don’t know. I don’t even know who the other candidates were.

I’ve also tried “Hey, I’ve noticed a couple of typos on your vacancy post, and I’ve corrected them in this application, and that’s the first of the many ways I want to contribute to your esteemed publication.”

The boss loved it.

A few years later, I tried the same skit again for another company, and the editor’s reply was: “You think you’re being funny, but those typos were from the job portal’s end, and I’m really doubting your application now because I need someone who’s a team-player and not a smart aleck who oversteps his boundaries.”

But that’s much like life though, isn’t it? You can work as hard as you want, and you can work out a magic formula to things, but there’s always going to be an element of luck involved, and there’s nothing you can do about it. 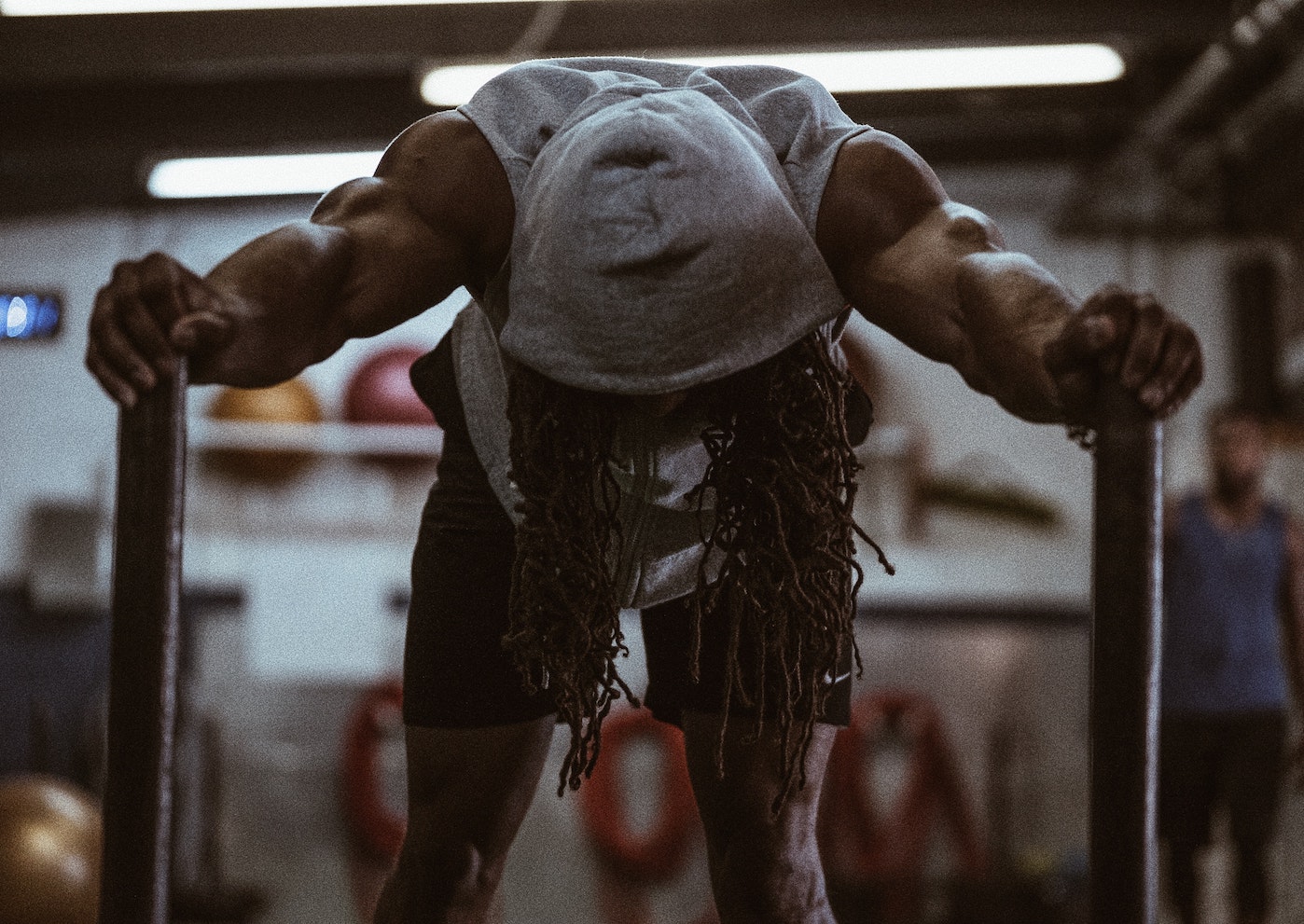 You best believe you’re going to have to put in the work. Photo: Kyle Johnson

2. There’s no room for mediocrity

Do you know what the barrier of entry to writing is? The ability to work a keyboard or putting pen to paper. You don’t need special equipment, fancy education, or even a healthy habit of alcoholism.

That means everybody you meet today—from the cashier at Starbucks to the disillusioned lawyer—could very well start writing for a living too, and they could be much better than you at it.

So you have to work on your craft. You can’t just drift through a couple of paragraphs and call it a day. Especially if you want to charge for it.

You’ll need to write, and you’ll need to read. You’ll need to know the less-exciting bits such as the differences between em- and en-dashes, and why there’s a hanging hyphen in there.

Then you’ll need to write some more. Not to earn money, but just to keep your gears oiled.

Writing is a subjective craft, but when it comes to its technicalities, you better know your stuff, because trust me, you don’t want to be that guy who writes “two aircrafts”.

I know because I’ve been that guy, and it wasn’t fun.

By the way, did someone mention subjective? 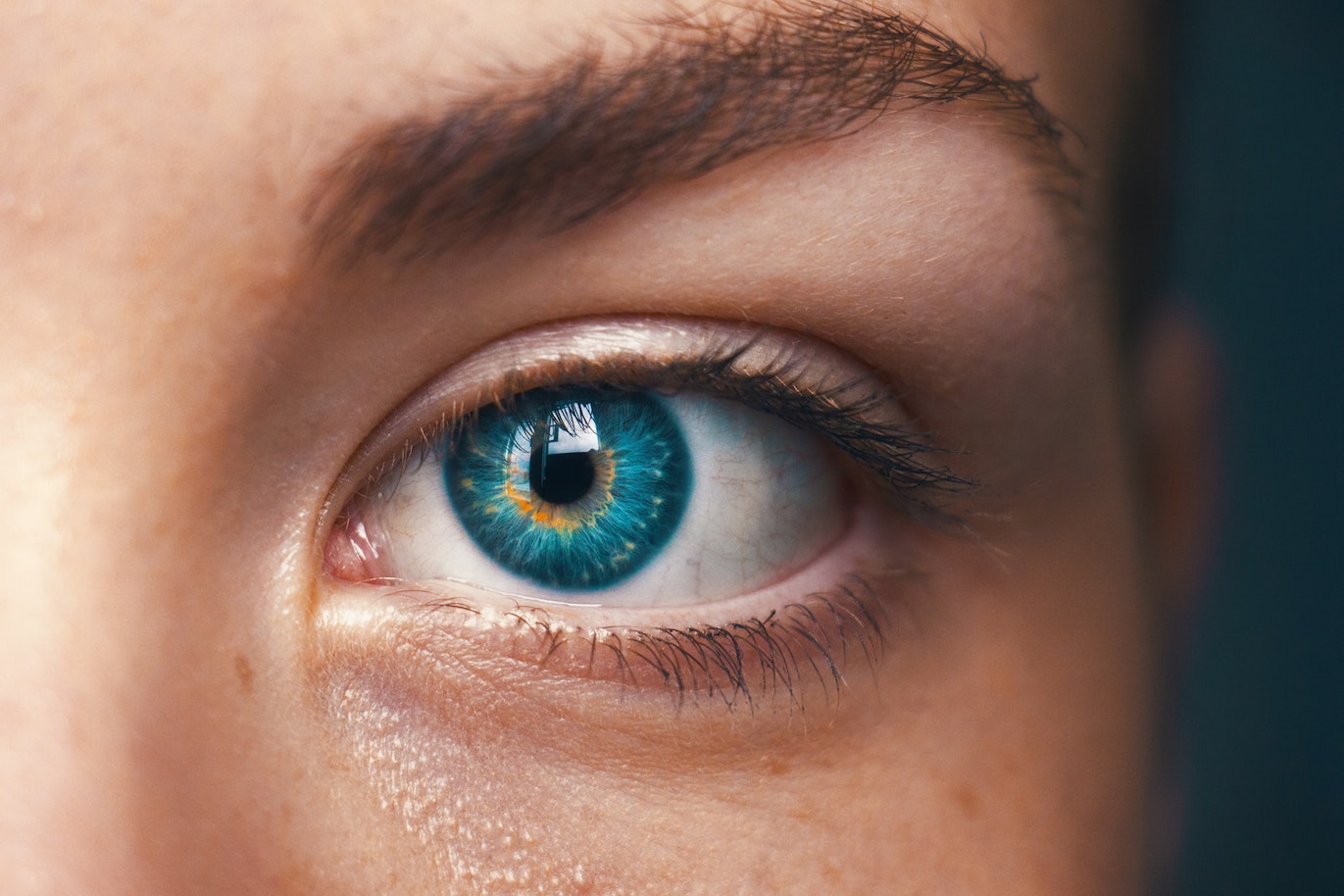 Remember that thing about the eye of the beholder? Yeah, that. Photo: Amanda Dalbjorn

And that’s how you’re going to be judged. Subjectively. One editor might love every word of yours that graces his screen, while another could hate you just because of the clothes you wear.

Your goal here is to find bosses—or an audience—that loves you for who you are.

And there will be someone who’ll love your work, no matter how bad you think you are. I mean, look at me. I’m a writer from a developing country with no relevant education or prior experience. If someone liked me enough to take a chance on me, you’ll be able to make something out of yourself too.

But go at it with the acceptance that writing is subjective. You’ll never be able to justify your work to someone that wants to hate it, and if they really want to, they could dissect your piece to hell and back, and they’d be right.

On another note, just because you hate someone’s writing doesn’t mean that they’re no good. Remember that if you ever become an editor or a boss.

But don’t keep your hopes up, because… 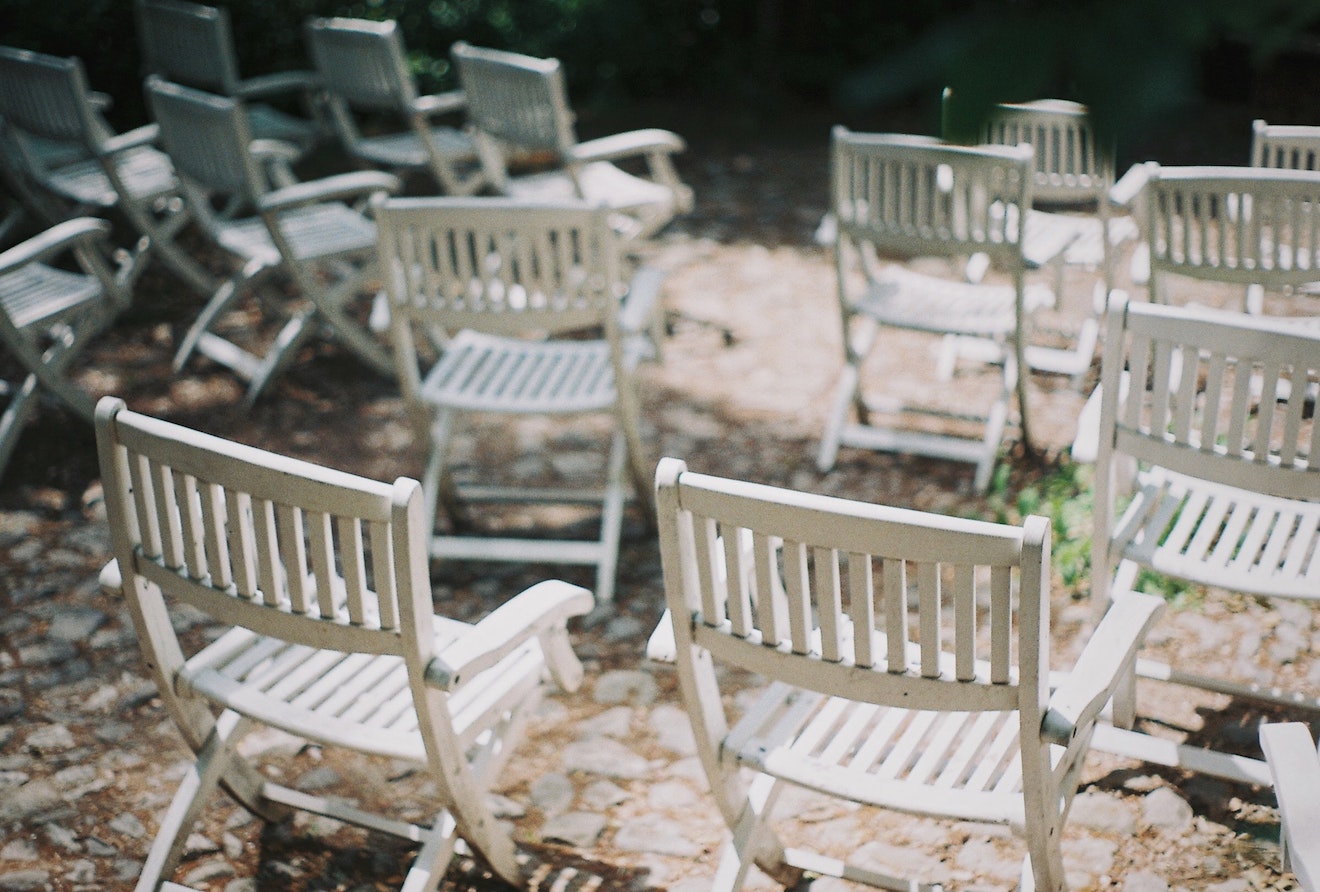 It really feels like you’re performing for an audience of none sometimes. Photo: Yangfan Gan

4. Writing is a performance art

That means it’s never really a solo activity. You’ll need an audience, and much like open mic night on a Tuesday evening, there might be times when only two people make it to the event, and you’ll still have to perform if you want to be professional about it.

That also means writing with a purpose. You can say you want to write for yourself all you want, but if you didn’t have any intent of showing at least one other person your work, then you’re basically journalling.

Writing for yourself is still good advice, if you interpret it the way it was meant to. Write something that someone like you would enjoy reading. Just because you enjoyed writing it doesn’t mean that you’ll like reading it.

And there’s a lot of trial and error involved in this process. You never truly ever find the perfect formula. You just have to keep working at it and see what sticks.

Which brings me to my final point.

5. You should be willing to do it for free

I know it sounds silly, especially coming from an article about writing for money, but if you don’t love the craft enough to do it for free, then you’re probably not the best person to do it for money.

And I don’t mean using this as your business model, but maybe have a couple writing projects on the side, maintain a blog, or even write a book review.

You can’t just join the industry wanting to see your name on the newsstands, or looking to make a quick buck. In fact, you’d have a better chance of achieving both by failing an audition on America’s Got Talent than by being a writer.

I write every day, not because I get paid per word for everything I put out, but because I enjoy the process of creating something from nothing.

I’m not over-romanticising it though, it’s still a slog, but at least it’s a slog that I enjoy.

And we reach the end

I still have much to learn (such as how to get paid after your clients go bankrupt due to the pandemic), but I think I’ve reached a happy point in my career.

Would I do it any differently if I had to start over? No, because that was my path, my story, one that cannot be replicated.

And that’s the beauty of it. Because you can read a thousand more articles like this, and you can try and follow in the footsteps of others, but ultimately, we all have our own path to follow.

So you do you, and hopefully one day I’ll read stories about your journey too.

What about you? What did you wish you knew before getting into writing?

31 thoughts on “NON FICTION: Things You Should Know Before Trying To Write For A Living”