What could I possibly learn from writing fiction? Aren’t I basically just making stuff up? What lessons even await me in the worlds of make-believe?

I had written for eight years before I decided to embark on my authorial journey, and I thought I knew everything when it came to this new pursuit, but boy, did I learn that I actually knew jack squat.

So I started from the bottom and learned all I could about the craft. I didn’t want to just tame the beast, I wanted to ride it into the literary sunset. And slowly but surely, I’d begin to apply all the tips we’ve come to know as chronic Googlers. “Don’t use adverbs,” a bestselling author would say. “Use the active voice,” writes another.

I’d religiously follow every advice pertaining to writing, only to learn that you won’t turn into a bestselling author just because you have the world’s wisdom at your fingertips. And after writing three novels, I’ve pretty much resigned to the fact that I’ll probably only ever write for an audience of one.

But this is also when I’ve begun to learn that many of the tips I’d picked up from the dead and famous authors don’t only apply to writing, but to life itself.

And since you’re probably procrastinating right now when you should actually be writing, let me oblige you by presenting you with the writing tips that have also taught me how to live better. So without further ado…

Come step into the maze that is my long-ass blog post. Photo: Bret Kavanaugh

At any given time, your story could be primarily driven by the external events happening in your fictional world, or it could be evolving along with the trials and tribulations of your characters. The best storytellers often use both methods to good effect.

As an author, it’s your job to know the difference between plot- and character-driven stories for the sake of bettering your craft. But one could argue that leaning either way on this fence would not affect who you are as a writer.

It’s all just a matter of perspective when it comes to picking a narrative. So you shouldn’t be mired in all the technicalities that you forget the most important thing in writing a novel, and that’s telling a good story.

It’s the same in life, where things can seem totally dandy one moment, then turn into a bucketload of crap the next. And in each of these cases, you can either choose to view it as life happening to you or for you.

The former allows you to detach from your situation easier because things happening to you means that they’re totally out of your control. The downside is, you’ll have less say on what happens to you, and you’ll always be on the back foot, always reacting.

If you choose to believe that life happens for you instead, you’ll be empowered to learn from your mistakes and be a better person. But that would also mean taking full responsibility for your situation, and nobody really wants to own up to their shortcomings.

Neither perspective is wrong, as long as you don’t forget the most important thing about living, and that’s to always live the best way that you can, given your circumstances.

You choose how you see life. Photo: Daniel Salgado

2. You’re the hero of your own story

Character- and plot-driven narratives aside, it’s also important to acknowledge that the characters in your novel can actually make or break your novel. And if you want to be a writer worth your salt, you’ll need to know how to avoid creating the dreaded cardboard cutouts.

The strongest characters often have their own backstories, motivations, fears and hobbies, with some authors going overboard and creating entire resumes for each of their side characters.

Different writers have different styles, but it’s almost always advisable to think your character through before throwing them into the meat-grinder that is your plot.

And while you won’t use ninety percent of what you put in your reference sheets, you can be sure that the ready facts help breathe life into your characters’ presence and decisions, no matter how small a role they play.

If we’re comparing your life to the characters in a responsible writer’s reference sheet, then you too will have your entire life spread out before and after you. You’ll have your likes, dislikes, your goals, your fears…

And just because you’re not the focal point in someone else’s story doesn’t mean you can’t be the hero in your own. So go ahead. Take that leap of faith. Stand up to your fears. Be the Ahab of your personal Moby Dick. 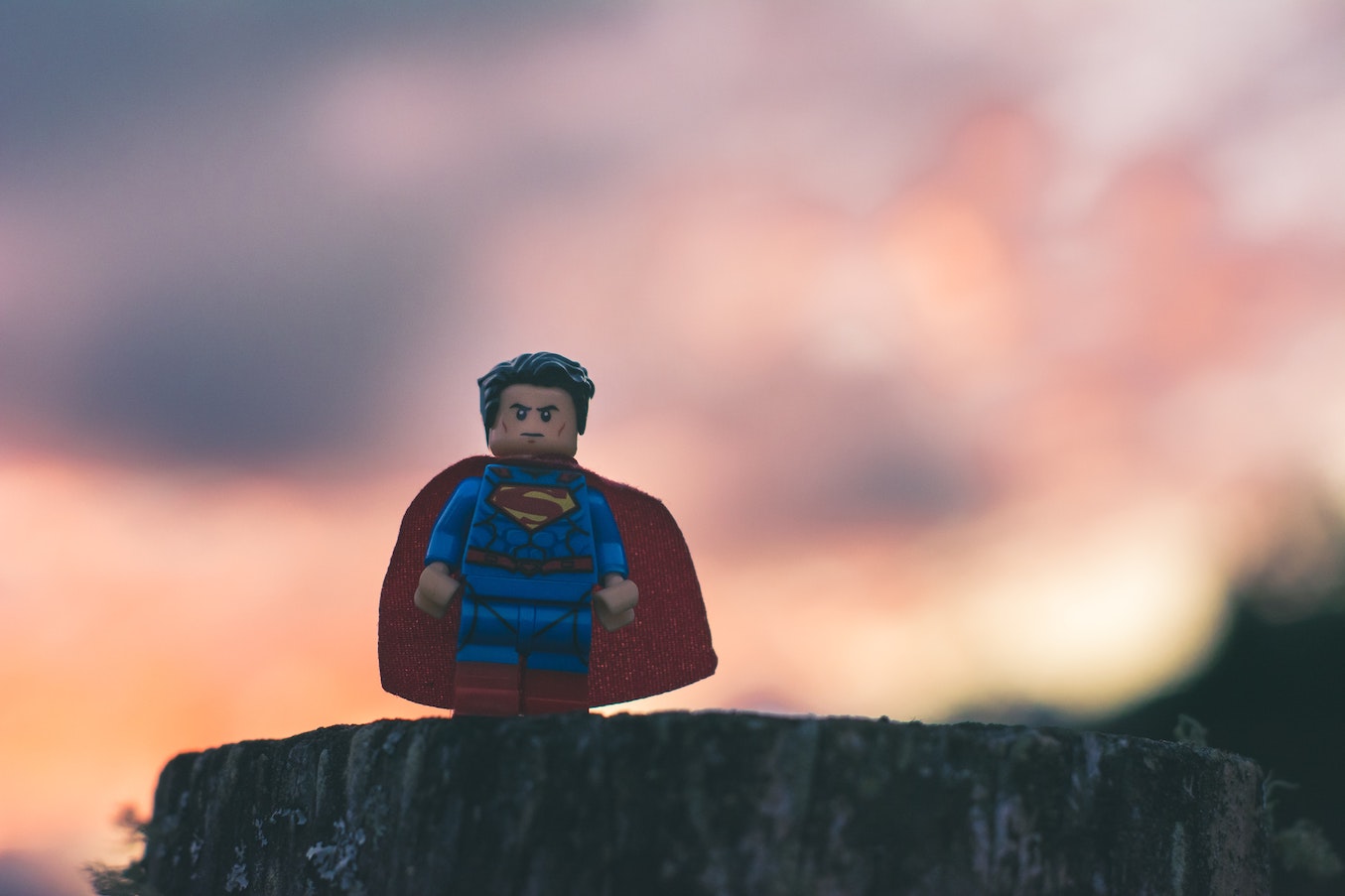 Be your own hero. Photo: Esteban Lopez

3. Life without conflict is terribly boring

This goes without saying, but a story needs to have conflict to be interesting. Yet you’d be surprised at the number of manuscripts that are packed with endless scenes of navel-gazing and introspection (*cough* an anonymous tip from my friends who read the slush piles *cough*).

So your character wakes up, brushes his teeth, chases the morning bus, and arrives to work five minutes late. So what? Is it because his car’s upside down in his ex’s living room, and she hasn’t discovered it yet because she’s still on some romantic getaway with another guy? Or is it just another day in the boring old life of Jason Smith?

It’s the challenges that make for an interesting story, and you can be sure that if the characters in your story have an easy life, then your book will too, because it’s just going to live in your computer without having to deal with the ordeals going through print and being read.

Ever feel that everything’s too hard? That you can’t hack it in this thing called life? Well then maybe you’ll feel better after knowing that obstacles only serve to turn you into an improved version of yourself.

Handling conflicts make for good proving grounds, and contrary to popular belief, overcoming challenges is way more fulfilling than just coasting through life. As Bruce Lee once said: “Do not pray for an easy life, pray for the strength to endure a difficult one.”

Look at Gandhi, Mandela, Vujicic, Van Gogh, Oprah. The more you want to make out of your life, the more obstacles you’ll have to endure.

So take your challenges in stride. Face them down and know that you’ll come out on the other end much stronger than you were before. Everyone wants to be a better version of themselves, but few dare to venture outside their comfort zones, which is where the improvements happen.

We need our struggles to figure out who we really are. Photo: Quino Al

4. You better walk the talk

This is probably the most hackneyed advice in all of writing, which is why it’s so low on this list, and that’s to show, not tell. We’ve all heard this one before: Show the glint of moonlight on glass, or something to that effect.

But while telling is a bit more drab, it actually has its uses for when you want to skip to the important bits of your story. But the general consensus is to ground the reader in the story and avoid plainly telling most of the time, and you could do much worse than drawing the reader in with action rather than exposition.

Been meaning to write that novel but all you’ve been doing is telling people about it? Maybe you can’t stop gushing about how intermittent fasting is good for you, but have never really gone past two weeks on it yourself. Well then this is where can benefit by showing and not telling.

Of course, you could always announce your intent to the world, and you can definitely get by in life by only paying lip service, but your goal should always be to become and not acquire, and you’ll only be able to do that if you walk it like you talk it (okay, that’s the last saying. Please don’t call the cliché cops on me).

You best believe you’re going to have to back up your words. Photo: Birmingham Museums Trust

5. It’s all about doing the small things well

Anything worth doing is going to take lots of time. Repeat after me: the best things in life will never be achievable overnight. After all, Rome was never built—nevermind. You know what you can do overnight? Rearrange the furniture. And who wants to be good at that?

This applies to storytelling too. While writing my second novel, I found myself extremely short on time because I had to juggle my freelance responsibilities as well as my personal ones, resulting in an unpredictable schedule every day.

So I worked with what I had and forced myself to eke out at least 250 words per day (I’d surpass that most times). It was slow going, but I’d finish that manuscript purely on a diet of those 250 words. It’s a technique I picked up off Google and the low word-count really helped me get started even on my worst days.

So if you’ve never finished a novel before, you should know that aiming for consistent effort matters way more than sticking to an output beyond your means.

Whenever you’re embarking on that shiny new project, be it for your career or for personal development, you’ll need to remember that you’re in it for the long haul. Everything from losing weight to building a huge audience on Medium requires constant, dedicated effort.

It’s not a matter of just putting in the work and reaping the results. It’s about doing the work even when you don’t see any progress. Because what really shapes our lives isn’t our goals but our habits. And once you get into the habit of raking in the small wins every day, it’d be pretty damn easy to reach even the most ambitious of dreams.

So there you have it. The lessons I’d learned from just making up stories. And here I am, making up an article for you right now. Hope you enjoyed it. Now, if you’ll excuse me, I still have my 250 words I’ve yet to write for the day.

36 thoughts on “NON FICTION: What Writing Fiction Has Taught Me About Life”