I may talk a good game about being productive, but the truth of the matter is that nothing can be further from the… well… truth.

After all, I’ve had decades of procrastination under my belt, and you don’t just undo a lifetime of bad habits with a few well-meaning routines. But I try. And you know what I’ve realised? It’s that laziness is my junk food—I know it’s bad for me but boy does it feel good to indulge.

However, that also means I now have something to exploit. The mind is a funny creature. Tell it you can’t do something and that’s all it thinks about. Distract it with a replacement activity instead and you’ll forget your craving instead.

So I thought I’d share the ways I trick myself into being more productive, especially when I don’t feel like it.

Find your own unique formula

Let’s first get this faux-disclaimer out of the way: we’re all different, which means we each have our own paths to take.

David Goggins calls it finding your personal equation. If our lives were math problems, then some of us probably don’t have the ‘+’ symbol. Others might’ve grown up without fractions or decimals. And it’s our job to find our equations, regardless of the way we operate.

That means taking strangers’ advice on the internet with a grain of salt. That also means not comparing yourself with others.

Just because Elon Musk puts in 100-hour workweeks doesn’t mean that your 40 hours aren’t significant, and just because Tim Cook wakes up at 3:45 a.m. doesn’t mean you have to adjust your alarm clock.

Here’s my own example: I can’t eat the frog first thing in the morning, mostly because I’m not a morning person. Yes, I wake up early, but I only make the transition from zombie to human somewhere during noon. That’s when I eat my frogs.

So while I’ve exercised as part of my morning routine, I’ve since started my days with WordPress admin duties and morning pages, because they don’t involve putting my creaky joints through hundreds of soul-crushing reps.

I quickly learned that I’m the type of person who excels at exercise once I’m awake enough to know the difference between a burpee and a faceplant. But that was a lesson that I had to learn through doing.

And that’s what you should do too. Don’t focus too much on the routines of the successful, and instead build a path that feels best, tailored specifically for you. 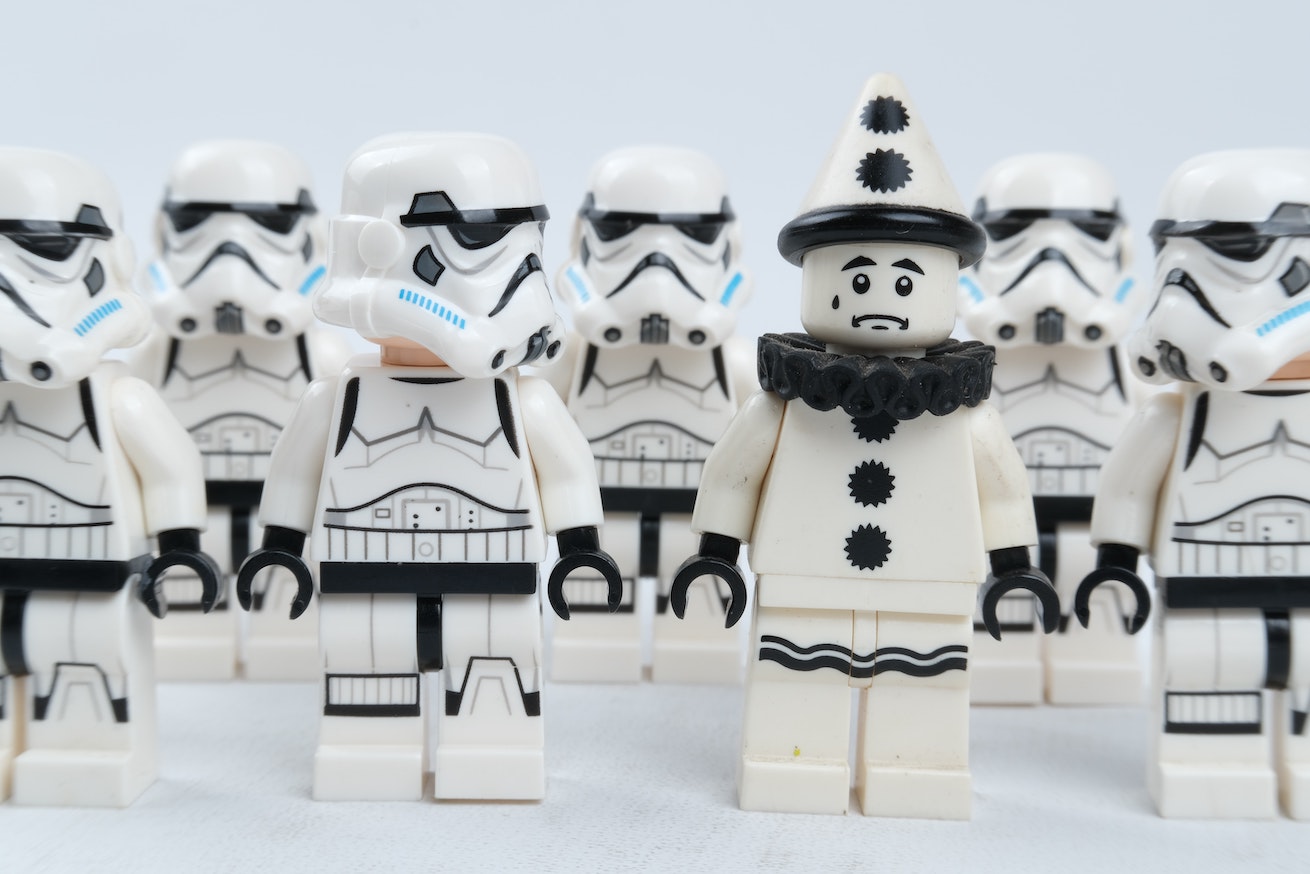 Not saying you can’t be a stormtrooper if you’re a mime, but you’ll definitely need some extra lessons. Photo: Mulyadi

Master each level before moving on

So you want 10,000 WordPress followers. I get it. I do too. But before we get to that, do we know how to get our first follower? How about ten? A hundred?

The reason why we need to go back to the micro level is because you won’t be ready for a thousand subscribers if you can’t first deal with your hundreds. Are you publishing quality posts? Are you attracting new readers? How much effort are you putting in?

How about a different analogy? Let’s say you want to be a great writer. Who do you have to be in order to get there? And what does great mean to you (remember finding our unique formula) anyway?

Will you need to be someone who writes a thousand words a day? Can you currently write a few hundred words a day? No? Well then there’s your problem.

The good news is, you can always start small. There’s no shame in committing to writing fifty words a day. Besides, we’re here for the lazy person’s guide after all.

Become a person who writes fifty words a day, and going to the next step will feel less daunting. By the time you know it, you’ll be churning out a thousand words, no problem. But whatever the pursuit, until you can fully trust yourself with the previous level, I’d suggest you not to move on to the next step.

I love what Steve Harvey had to share about this topic, so here’s his quote (which I’ve butchered, but here’s a link if you want to watch it):

Main takeaway: We often underestimate how powerful tiny steps can be. Because we think that’s beneath us, so we don’t spend the time mastering them. 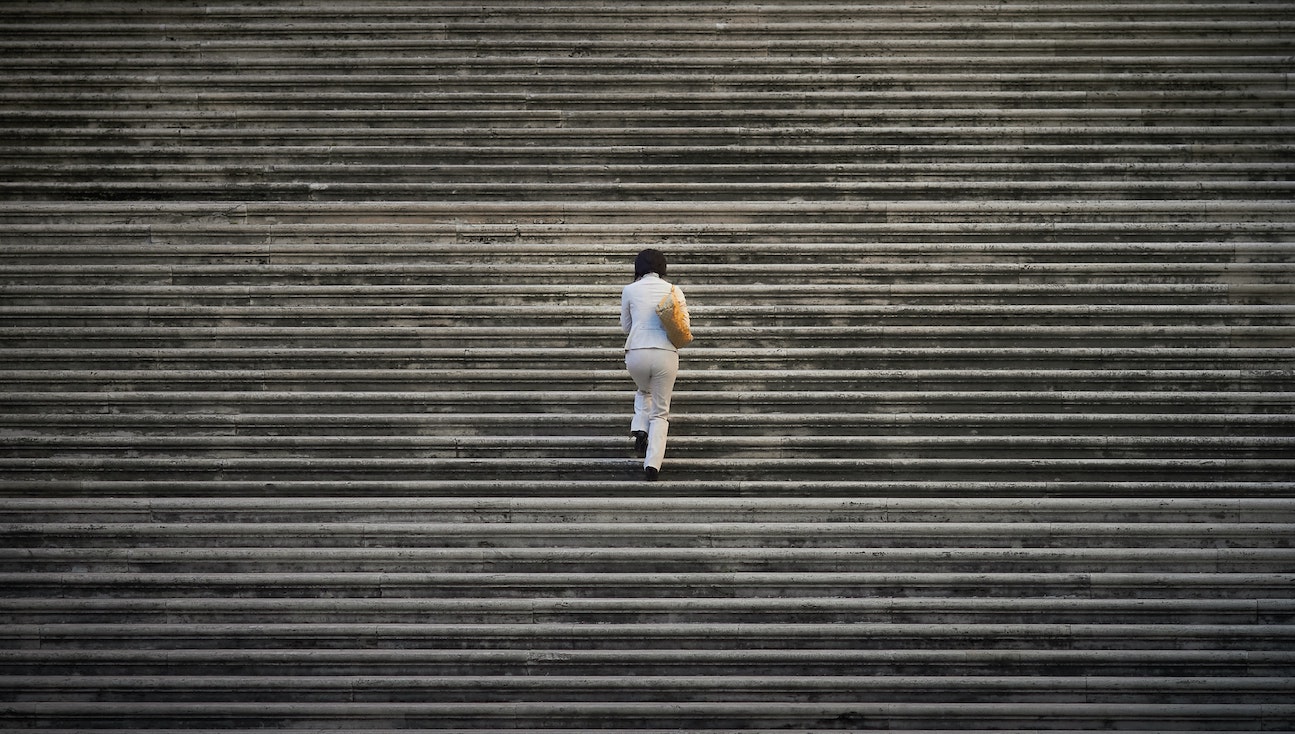 You know the journey of a thousand miles? What does it begin with again? Photo: Vidar Nordli-Mathisen

I’ve picked up a tactic or two during my days as a copywriter and one of the more useful techniques I’ve learned is future pacing.

It’s the act of transporting your customers to their ideal feature, one that (hopefully) includes all the conveniences afforded by your products or services.

“Imagine waking up to the calm whispers of the Andaman Sea,” would be one example if you were selling a hotel room.

“Picture this: life without back pain and being able to play a game of catch without your son anytime you want,” for a drug company.

“You’ve broken free from the temptations of social media and have finished drafting another blog post,” for myself.

You don’t need to write advertising copy to spur yourself into action though. Merely imagining completion is enough to get you started.

So whenever I find myself stalling on YouTube or Instagram, I just picture myself reading the lovely comments from people like you, and that’s motivation enough to get me slogging through the word salad that is my mediocrity.

Main takeaway: Your imagination never stops. Might as well use it for something good, am I right? What would it feel like to have completed your important tasks? 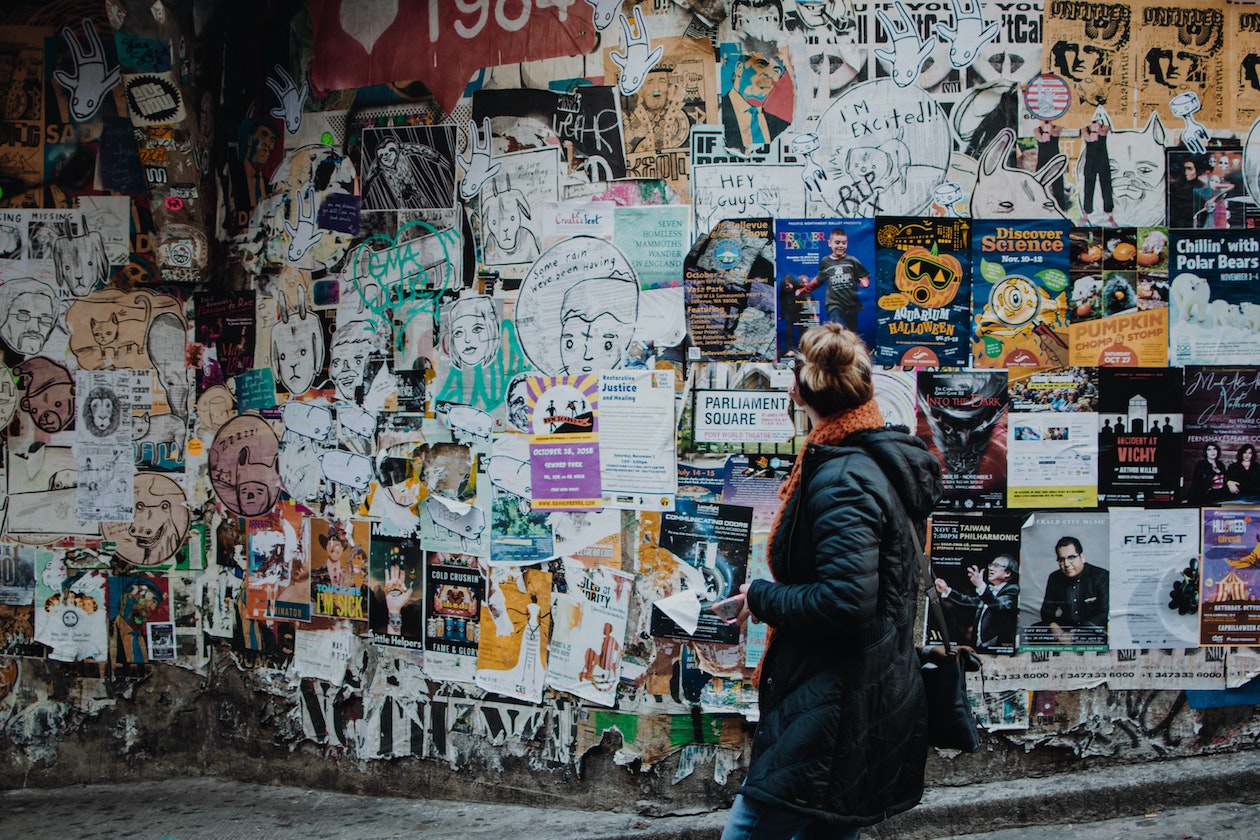 How to-do lists look like in my mind. Photo: Jo San Diego

Do less to do more

Now we’re talking. A method that involves doing less? Surely, this is the true lazy method? Don’t get all hot and bothered yet though, because doing less doesn’t actually mean doing less.

I should know. I’ve left my misspent youth to pursue the hustle culture, only to ping-pong back and forth between both extremes, refusing to settle in the middle. Somewhere in that chaos I tried adding less items to my to-do list, and while I had less to do, I actually did more of said tasks.

Pretty counter-intuitive, no? After all, isn’t part of the fun checking items off your long to-do list?

But try it. Just for today, choose to prioritise a maximum of three items (even one, if you so choose) on your list. Make sure they’re tasks that help you feel better about your life, and don’t include routine things like chores.

Basically, you want a task that gives your day meaning, and think real hard about your ‘one thing’, because it’s entirely possible to work 14-hour days and still feel unfulfilled at the end of the day.

The best part is? The simpler your list, the better.

Main takeaway: Remember that Bruce Lee quote about practising one kick 10,000 times? Maybe we should all do less things, but better. 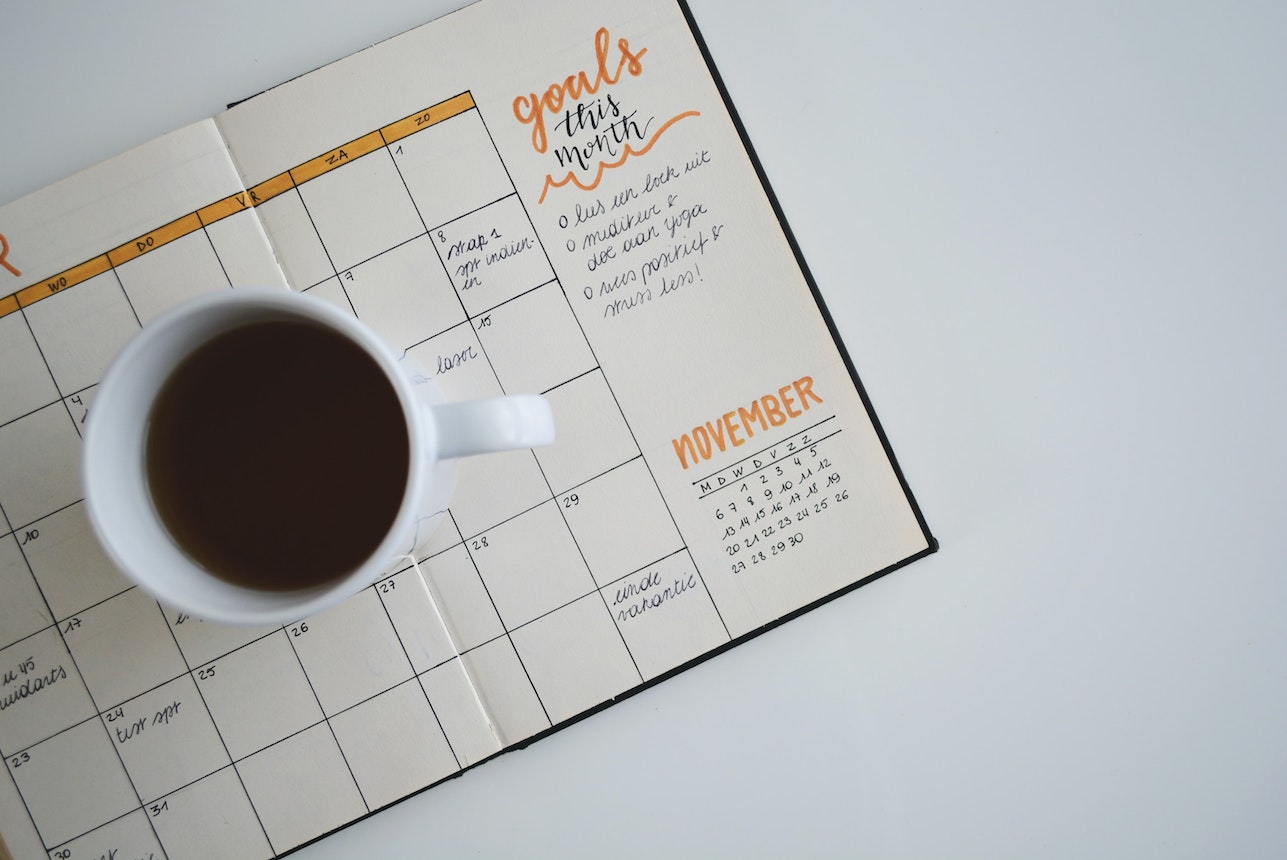 So your draft is a mess, and you feel the dread of having to make sense out of the entire thing. Or worse, you don’t even know how to salvage it and you plan to start a new post entirely.

Here’s where I usually throw in my favourite advice of finishing your shit, but today I have some extra topping to go with that, and that’s ‘45% is better than 0%’.

So what if you’d procrastinated your entire day and now only have ten minutes left to write? Or maybe you’ve missed your morning exercise and now it’s dinnertime, and you figure that today’s a lost case.

“But Stuart,” you might say, “that’s barely breaking a sweat! Why should I even waste my time on that crap?”

Let’s preface my answer with my thoughts on karma: It’s not just about your deeds towards others, but the things you do for your self will also come back and bite you.

So think of your ten squats as adding to your accumulative karma points. Sure, you won’t be getting any physical gains, but you’ll be upping your karma. That, and also you have a chance of doing much more than you initially planned.

Here’s what James Clear had to say on this:

There’s no right or wrong path

Ultimately, whatever you do, it’s you that you should benchmark against. But I suspect you already know that.

So I’ll leave you by imploring you into picking a path and taking action, because at the end of the day, the only person we have to answer to is ourselves, lazy or not.

One path is always right though, and that’s signing up to get awesome emails (I promise that ‘write newsletter’ will be in my mini to-do list… one of these days).