You’re reading this, so that means you’re most likely on WordPress. And if that’s the case, then you’re probably spending too much time reading other people’s posts instead of writing your own.

Wow, you might think, this guy has such an astute observation!

Elementary, my dear Watson. Most people are already born procrastinators, what more those who choose words as their form of expression.

Because if you can describe procrastination in five different ways, then you’re five times more likely to doing said procrastinating. Boom, quick maths.

So if you find yourself in the aforementioned demographic, don’t fear! Because this article is specially written for you.

Just read on and you too could very well come up with a killer post by the time you reach the end.

Any writer worth their salt will spend more time reading articles on how to write instead of actually writing. That’s a given, and that’s one of the many ways we avoid facing the blank page.

But did you know other forms of procrastination also exist? Yes, other seemingly important tasks such as doing the chores, going to work, and taking care of your children are also ways for you to avoid writing, despite them being more acceptable in society’s eyes.

It’s the difference between day drinking and night drinking. Drink before the sun sets and you’re an alcoholic, but drink at night and you’re fine. Weird way to look at it, since they both involve alcohol, but I digress.

What’s important here is that you embrace your own unique way of procrastinating. After all, no great work was done without first setting it aside.

Take Rome, for example. I’m sure you know it wasn’t built in a day. That’s because the builders waited until the very last minute before rushing out their work for the emperor. Yes, it’s true. No, don’t question me. I’m a professional.

So forget about your schedule. Just keep a vague deadline in mind and bash out your first draft one hour before it’s due.

And don’t worry if you can’t stick to deadlines, because you can always…

2) Apologise for not posting

Miss a month of blogging? Apologise to your readers. A year? Ditto. A week? You better. Because you know your readers are biting their nails to their second knuckles waiting for your next ‘how to write a killer blog post’ post.

I mean, you have to explain your disappearance, don’t you? You wouldn’t want any of your readers filing a missing person’s report. It’s the responsible thing to do.

Once that’s done, go ahead and disappear again for a few more months, and then post the high-level version of an apology, the ‘I’ve made too many hiatus posts but I swear I’m back now’ post.

Only after completing the above steps are you ready for the big leagues. It’s time to finally craft that killer article. 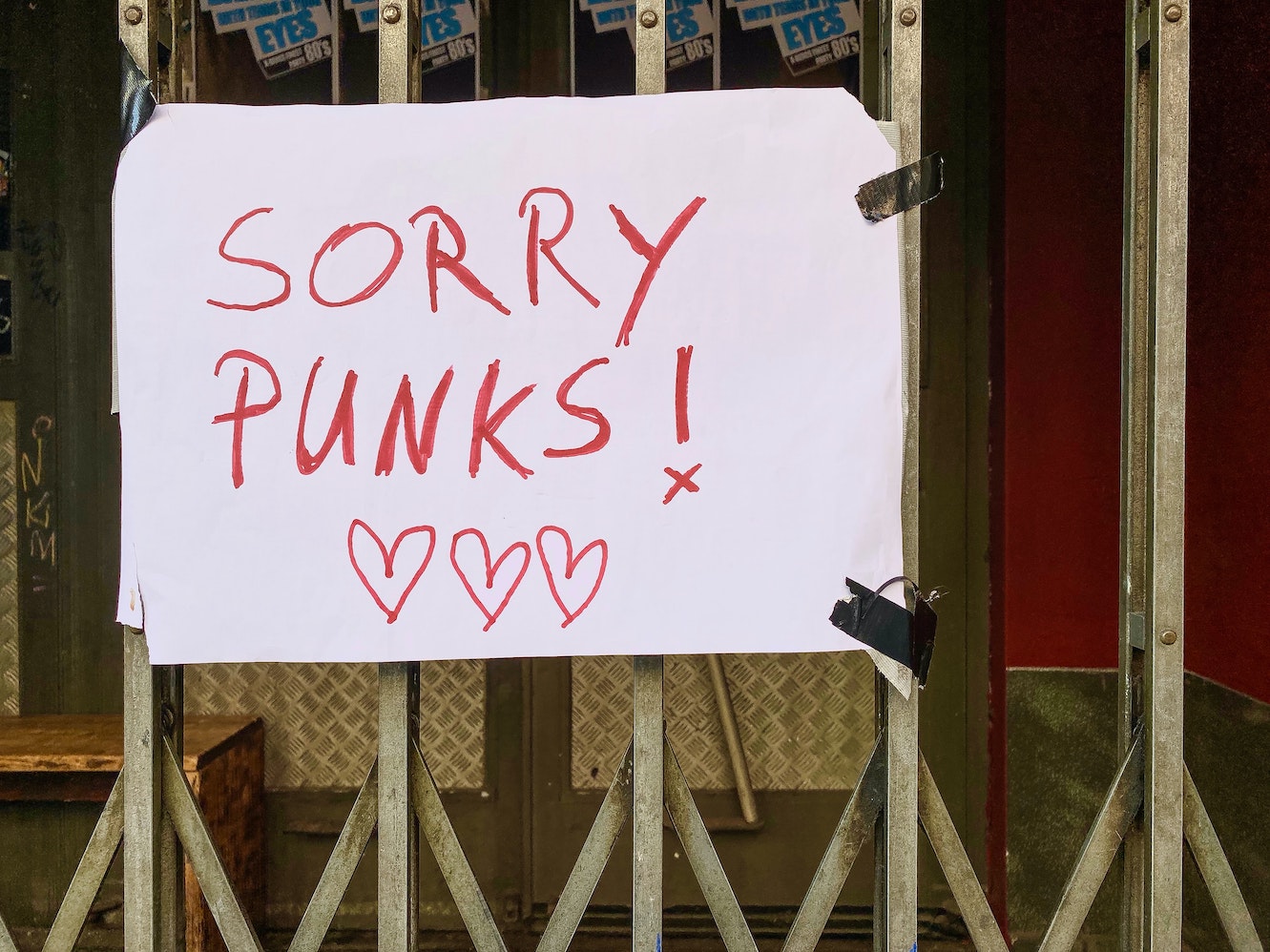 How a hiatus apology looks like. Photo: Etienne Girardet

iii. Go back to basics

When in doubt, write a how-to article. They’re like chicken, tastes good with everything, and everything tastes like chicken. It’s guaranteed ROI. Trust me. I’m a professional.

But don’t actually do proper research or plan out your article beforehand. No, skimming the surface will do, because that’s who you’re writing for, are you not? People who know about the topic only as much as you do? People who’d only base their knowledge off the first page of Google?

So if you’re going to write a post about writing, just throw in sub-headlines like ‘write shorter sentences’ and ‘write drunk, edit sober’. Don’t bother speaking from experience. Time is gold, and you need more of it to procrastinate with.

If you’re writing about web design, make sure your blog looks like it’s straight out from the nineties. If you’re going to teach people how to grow their blog, make sure you do it off your main site that gets three bits of engagement per month.

It’s all about the basics, and your post is going to do a much better job at explaining than all the other hacks you’re plagiarising from.

Energy is a valuable thing, and you wouldn’t want to waste it doing trivial things like proofreading, presentation, or finding a unique angle.

You know how smokers can save thousands per year by first saving on a few dollars each day if they choose not to smoke? You too can save minutes every year if you forgo every other key that’s not the alphabet.

With all that free time, you can instead proofread other people’s work and hate on their comedic use of homophones in their sub-headlines.

That, or you can always procrastinate.

Give away your seven-page self-help e-book (that’s a lot of hyphens) for free. Force your readers sign up for your newsletter that will inevitably include a hiatus message. Ask them to pay to read chapter two of your still-incomplete novel.

Whatever it is, you have to beat your reader to the punch. Show them so much value that they won’t be able to resist supporting you, a total stranger on the internet.

Hop into people’s comments section and throw in a link to your blog. Add in more Like and Share buttons than you have words on a page.

They say you should ask so you can receive. So do that, repeatedly, until the internet throws more money and likes your way. Hell yeah #bloggerlife #passiveincome.

By the way, hashtags in your posts are SEO hacks. You’d know that if you read as many ‘SEO basics’ posts like I do.

This way to blogging success

Now that you’re equipped with the five silver bullets of blogging, it’s your turn to go ahead and produce the next killer blog post. Just make sure you all take turns doing it. Don’t wanna go around breaking the internet.

Now go on. Your success awaits you. Trust me, I’m a professional.