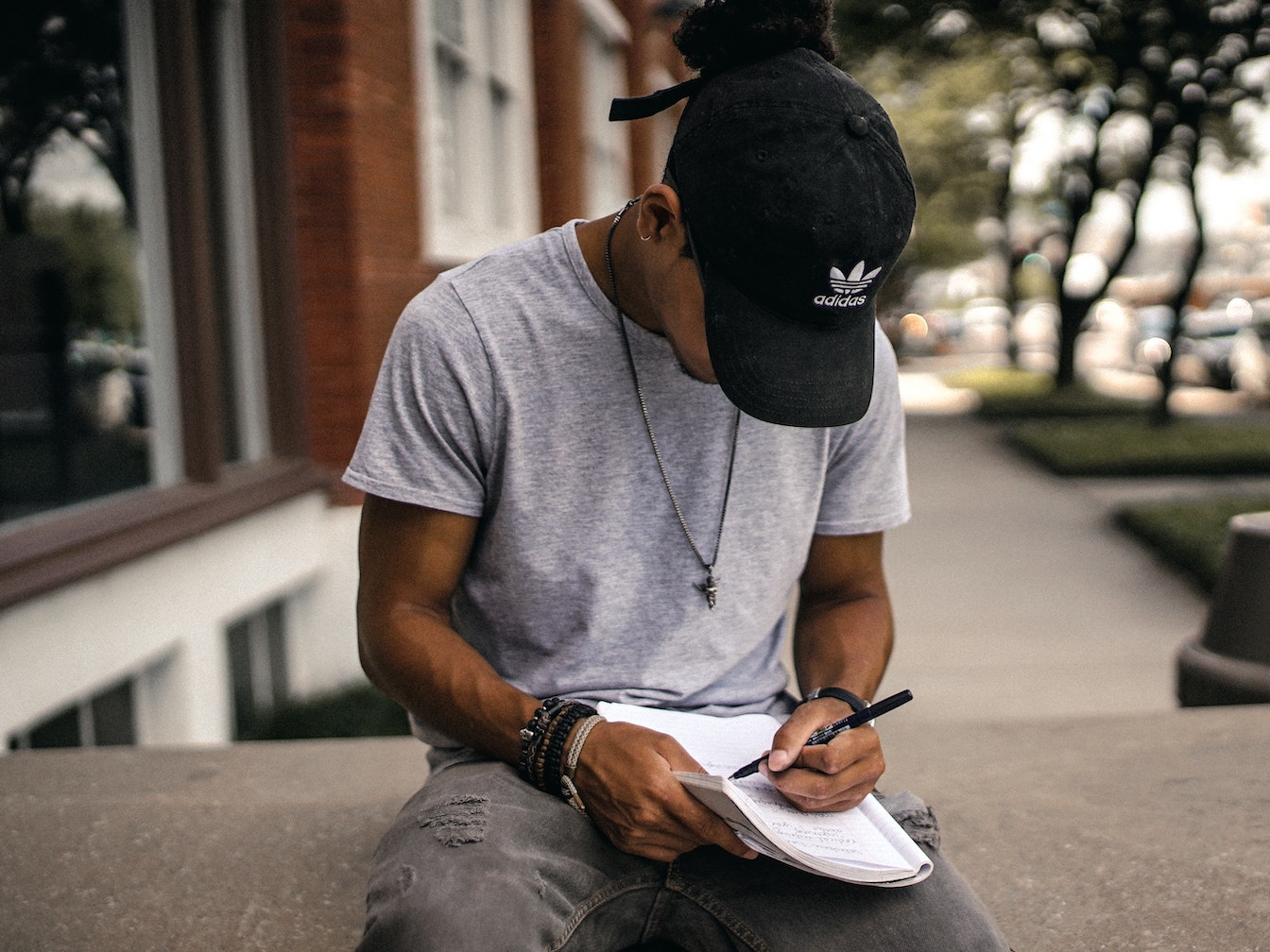 You know how you wake up in the morning and think ‘Whoa, that was a weird dream’, and you’re pretty sure you’ll remember it for later, but before you’re done making coffee, all that remains are the vague leftover feelings?

That’s memory for you. Here’s another example. Try recalling what you had for dinner last week. Doesn’t really ring a bell, am I right? What about last month? Last year?

The reason why I bring this up is exactly because of last week’s dinner. There I was, stuffing my face with chicken and rice, and this thought popped up in my head.

What if I wrote a blog post about remembering every dinner I ever had?

Bad idea, I know, and I would’ve totally forgotten about it too, had I not written it down in my writer’s journal. And that brings us to this article, one that initially covered general journalling and nothing more.

But as I pored over the various writers’ peripherals, I chanced upon something much better: the commonplace book.

So! You ready to take your writer’s journal to the next level?

What the heck’s a commonplace book?

I know what you’re thinking. How come I haven’t heard of it if it’s so common, huh? Well, to be fair, you probably already have one in some form or another. So what exactly is it?

It’s a place for you to store everything from inspirational quotes to ideas you can use later. Want to return pages of notes to mull over a subject you’d just learned? Or record a particularly moving piece of prose? The commonplace book is the place for it.

The contents of a commonplace book is entirely up to the owner, and that’s the beauty of it. You could all start one with the intent of collecting information on writing, and each of you will end up with a totally different book altogether.

But Stuart, you might be thinking, what’s the difference between a commonplace book and a journal? Good question!

For one, you wouldn’t be deathly embarrassed should someone accidentally flip through it. In fact it’s something that you would want to share with others. Secondly, while your journal focuses more on the happenings in your life, the commonplace book is all about information.

However you choose to keep your commonplace book is up to you. Photo: Thought Catalog

Why should you bother?

I’m probably one of the few nerds here who’s actually excited about this concept, so forgive me if I sound a little too biased. So, why should you keep a commonplace book?

Well, wouldn’t it be awesome to have an entire notebook filled with research info before you even start on your next novel? How about flipping through your motivational section every time you’re feeling down? Sounds like a sweet deal, doesn’t it?

And if you’re a writer, wouldn’t it be cool to be able to connect the dots between two totally different topics? Having quotes on standby to pepper into your articles is pretty handy too. Here’s one I just added today: ‘How do you be good at anything if you suck at being you?’

Lastly, you could think of commonplace books as your legacy. Of something you’ll leave behind once you’re gone. Who knows how much you could change the next person who reads them? I mean, realistically, they’ll probably be thrown out with your other belongings, but it’s a nice thought to hold on to, isn’t it?

Take a look at Leonardo da Vinci’s notebooks and tell me you don’t wish he’d kept records of his learnings. Who knows, you could be the next Leonardo da Vinci when it comes to video games, or gardening, or social media.

Okay, so maybe you’re sold on commonplacing. Maybe you already own a bullet journal, and don’t mind having a use for the various other notebooks you’re probably hoarding. Well then, let’s aim to start yours by the end of today.

First, you’ll need a book. Yes, you can use 3×5 notecards or Google Keep, but let’s not overcomplicate things. Also, I believe that you retain knowledge better when you write them down longhand, so we can leave out the digital counterparts for now.

Also, most of us could probably use a break from screens, so let’s keep things low tech. Don’t want to add to your eyestrain by scrolling through a year’s worth of notes.

What’s next? Filling it up, of course.

Remember the part about your commonplace book being uniquely yours? That’s how you’ll be approaching this. A rule of thumb is to list down anything that leaps out at you in daily life.

A movie made you feel emotional? Note which and why. A quote had you fired up? Put that down. A blog article about commonplace books giving you some great ideas? Scrawl that in.

I personally lean towards great quotes, teachings from non-fiction books, poems, and even little nuggets of wisdom from YouTube videos.

If you’re the type that needs to know everything before you start, then let me just tell you that it’s best to just dive headfirst into this. Don’t worry about following Ryan Holiday’s filing system, or coming up with an extensive list of topics. Work on filling up your first book first, then create new systems as the needs arise.

I myself use an indexing system I stole off a journalling subreddit. I have an index page marked with stickers and labels, and I mark the pages of the book accordingly. That way, when I look at my book from the side, I can instantly see where the corresponding pages are. then I mark the corresponding sections in my book based on that.

It’s hard to explain, but you’ll get a better sense of it with the GIF below.

Each section has a sticker corresponding to the index for quick access.

I encourage you to develop your own style and method of commonplacing. In the end, I hope I’ve dug a new rabbit hole for those who aren’t already familiar with this practice.

And for those who already keep a commonplace book, don’t forget that your methods matter too. I’d love to hear how you go about collecting and organising your info.

So there you have it. Now go forth and commonplace all your uncommon inspirations!

Processing…
Success! You're on the list.
Whoops! There was an error and we couldn't process your subscription. Please reload the page and try again.