When I quit my job, all I had in mind was to write one novel. I didn’t think it would turn into three.

I also thought I’d be doing all the work in Google Docs. That grew to encompass most of the popular methods as well.

And if you’re anything like me, you’re probably spending all your writing time searching for irrelevant things like ‘best plot structure’ and ‘funny puppy videos’, which explains why you’re reading this article.

So let me oblige and let’s get started on what I’ve learned from writing novels with different mediums. 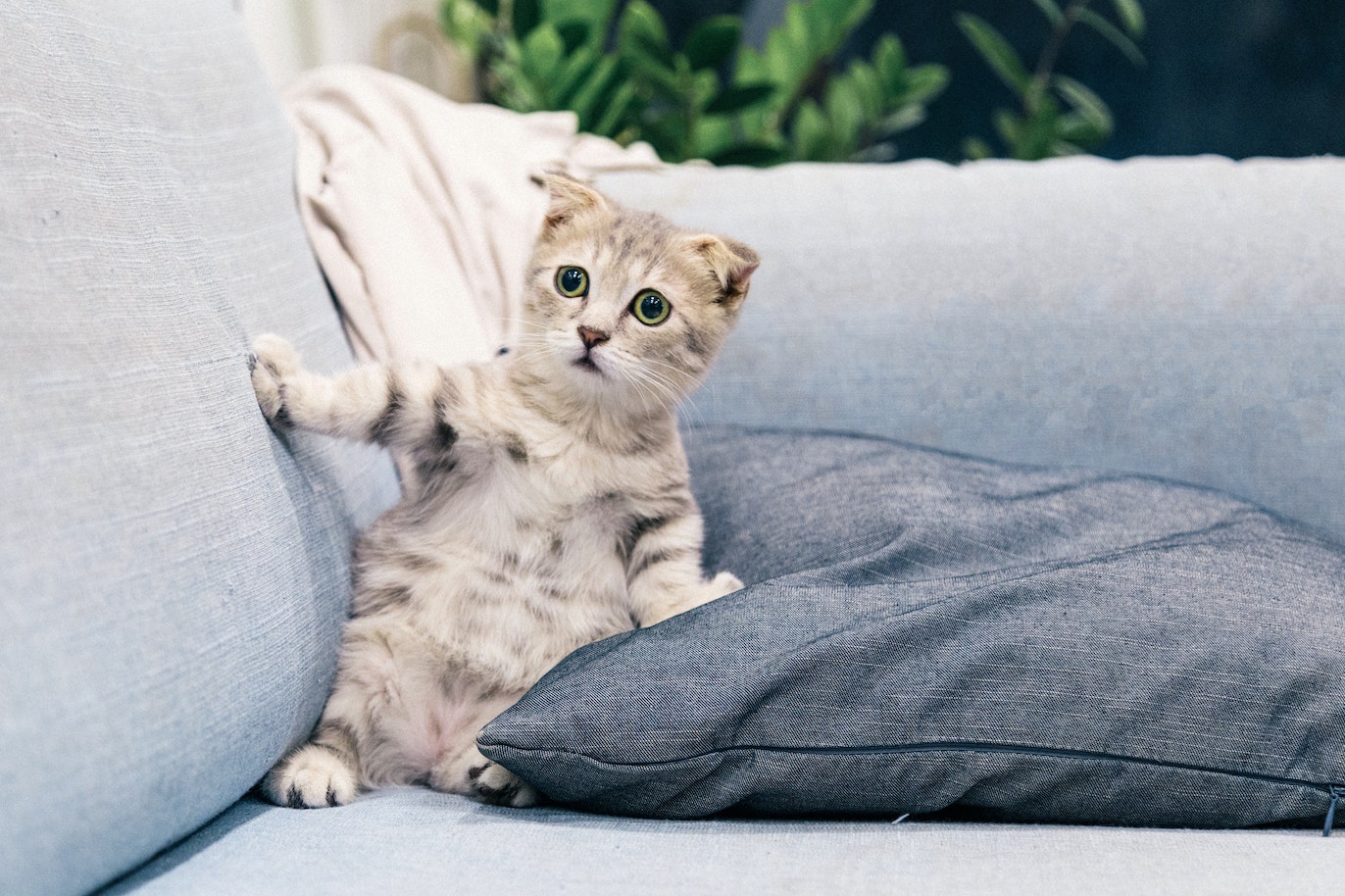 Yes, we’ve all been down the kitten vortex before. Photo: Tran Mau Tri Tam

Let me preface this by saying that writing longhand isn’t exactly the best way to dive into fiction. But hey, I was in a Neil Gaiman phase, and I had a couple of fountain pens laying around, so I naturally took to his literal method of putting words on paper.

I approached this by simply grabbing a notebook and writing, and my days were divided into two segments: transcribing and writing. In that order.

The first part was a necessity more than anything. I didn’t like living life on the edge, so I backed up my work by transferring them over into my computer. I also hated the idea of not being able to hit Ctrl-F to find scenes quickly.

This worked as a great way to refresh my memory so that I could hit the ground running when it came to resuming the story. It also allowed me to revise my work, so what was my first draft would actually be my second.

You know how they say longhand is conducive to prose? Yeah I don’t think it works that way for me. I had to slice, rewrite, and delete up to fifty percent of my work, and that was just during the first edit.

The freedom to draw circles and arrows provided tremendous flexibility when it came to writing divergent scenes. I wasn’t bound to anything. I was free.

But I was also slow. Due to the transcribing, I had to basically pull double duty before I ended up with the initial draft. But I did feel like a badass.

This manuscript would go on to be longlisted in a novel competition and be subsequently chosen for publication, so there’s that. 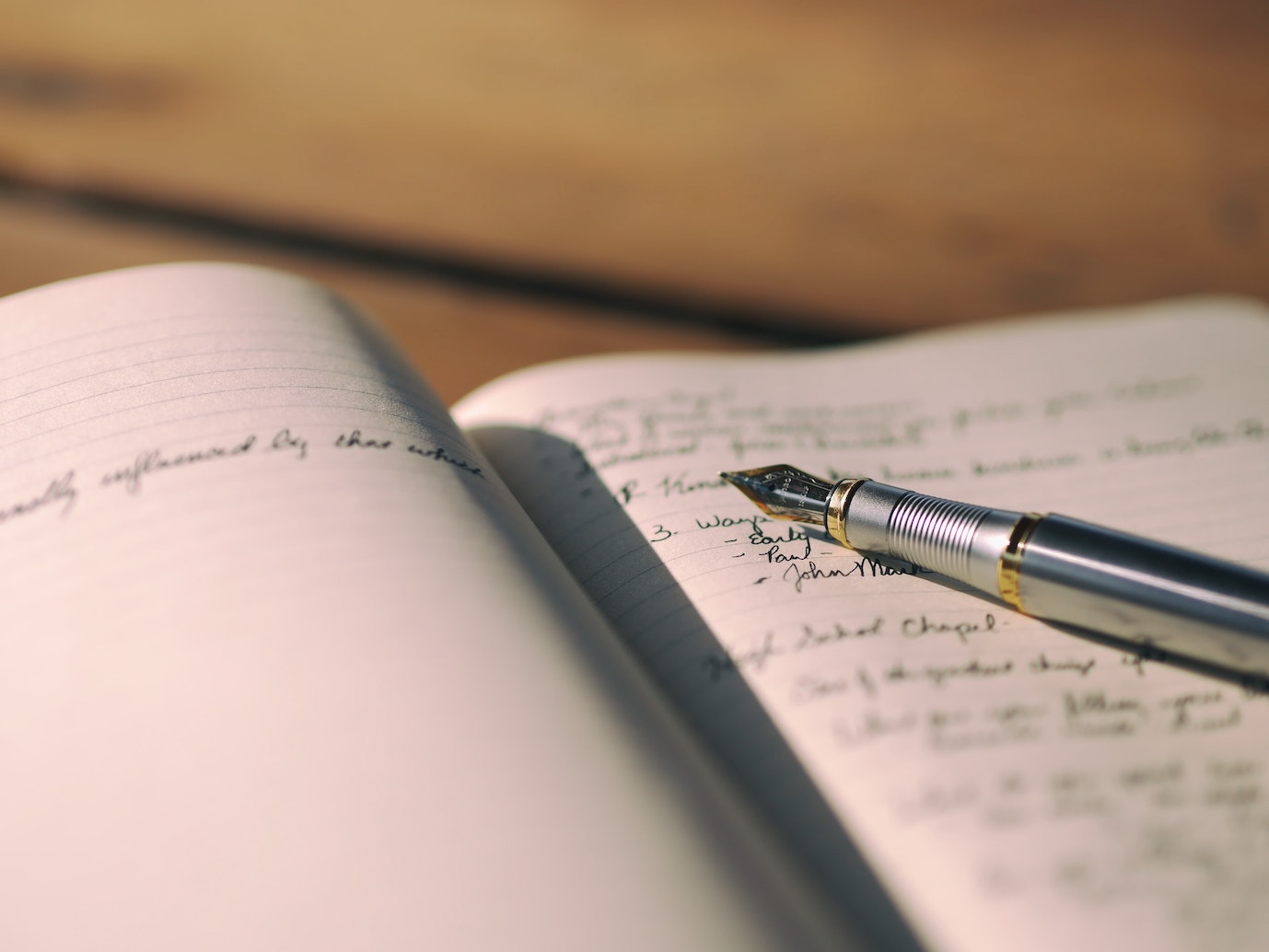 Nothing beats good ol’ pen and paper am I right? Photo: Aaron Burden

Ah, the trusty Google Docs. A place where your work will never go missing, and you never have to pay a single dime. I’ve used Microsoft Word my entire career, so Google Docs seemed like the way to go for my second novel, and it did suffice.

I just typed. As a pantser by nature, I found myself just breezing through this story. Granted, this wasn’t a novel I had planned to write—I was trying out a 250-word a day diet—but I found the familiarity of a word processor to be somewhat encouraging.

So I just trudged along. Because I’d set such a paltry word count, it was easy to show up, even though I didn’t know what was going to happen in the story that day. I often surpassed 250 words though, and this is where I learned that consistency trumps intensity.

Here, I began creating character cards. I’d type the names of my characters at the end of the document and create a comment for those names. Then I’d write out their personalities, traits, and conflicts.

If you just want to start writing a novel, you can’t really go wrong with Google Docs. It works fine out of the box, and can do pretty much anything you need it to.

My only gripe with it is that it gets pretty laggy after you pass a certain word count. So I’d sometimes taken to writing in Pages before copy-pasting into Docs.

I’ve also found that I tend to write in a linear fashion with Docs, because that’s what it encourages you to do, lest you find yourself with a 50,000-word document of jumbled chapters that you can’t wrangle into order.

But it’s safe, and it does the job, so this is what I’d recommend to first-time novel writers.

You’ve probably heard of this the same way I did, which is through word of mouth. For years I’ve heard authors gush over the greatness that is Scrivener, and for years I’d resisted.

After all, what more could I need from a word processor? Quite a lot, as it turned out.

The bells and whistles on this thing really makes me want to plan. Through this devious software, I’d begun forsaking my pantsing ways, creating character arcs, scene outlines, and even collecting pictures for mood boards.

Yes, this is where I’d learned that the tool you use to write actually does affect your workflow. I plan much more now, and I have a clearer sense of where I’m headed before I actually write.

I don’t just hop onto a blank page and blindly pepper it with letters. I follow a roadmap, noting the surroundings and adding them to what I already know.

And because it’s so easy to move things around, I actually experimented with non-linear writing, and boy is it fun.

After my 30-day trial expired, I actually went ahead and bought the software. Many people (including me) might lament the fact that it could display your research documents and your manuscript on the same page.

I mean, you can even do that with Docs. But something about this just clicks. Everything I’d wished I’d needed while writing my second novel was addressed here—cork boards to move your scenes about, a timeline checker for your characters, having all your research in one place.

Having said that though, I could actually do as good a job on Google Docs as I can on Scrivener when it comes to the actual writing. Which brings me to the point of it all.

Brace yourselves for the most important point of all. Photo: Emily Morter

None of this helps if you won’t write

I like to reiterate the fact that I’d waited eight damn years before writing my first novel. Eight years of overthinking social media posts, slogging through press releases, thinking of hundred headlines for ad copy.

The day I decided to write a novel was when that dream would actually come to fruition. And I did it with a pen and paper.

So yes, each tool does indeed affect how you write, but not in the way you think. And you should always remember that no matter how huge the strides we make in improving our writing tools, they would never come close to the best writing instrument in the world.

55 thoughts on “NON FICTION: I Wrote Three Novels With Different Tools And This Is What I’ve Learned”