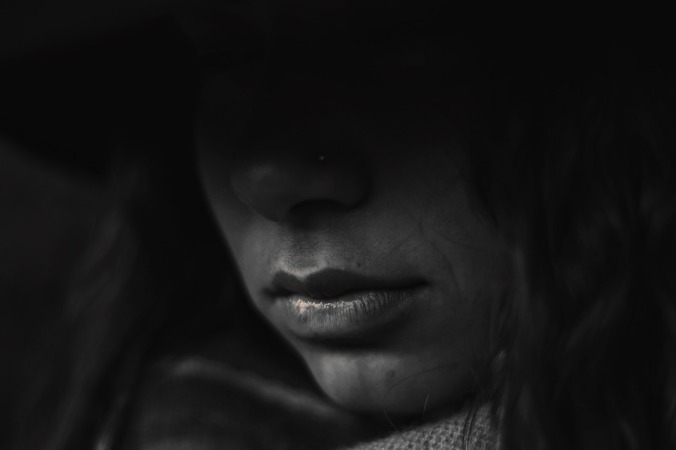 If you could quantify emotions on a scale of one to ten, I’d be a solid three, and that figure’s never budged as far as I remember. If you attached an emotional Geiger counter on my hip, you’d only hear silence for days, save for the spikes when I’d have to make small talk with an unfamiliar acquaintance or make a phone call.

Other than that, it’s pretty mellow being me. The invincibility of indifference does have its perks. Many things that seem to disturb my peers have nary an effect on me. Someone cut me off on the road? No problem. Short story got rejected? C’est la vie. Stuck behind a line of slow walkers? Oh well.

However, there is a flip side to being apathetic, and I have to admit it gets in the way of living with other people. Take for instance the times when my friends would shove their children into my arms, just so that they could “play with uncle Stuart.” What usually follows is a blank stare and silence. After an appropriate amount of time spent basking in awkwardness, I’ll pat the children on their heads to alleviate the discomfort and slowly shimmy away from the immediate area.

There are also instances where my friends would return from a spectacular trip, and gush for hours about their life-changing adventures. Imagine the looks on their faces when all they get is a “whoa, cool” for their efforts.

I don’t do this out of malice. Don’t get me wrong. I think your babies are cute. I also find it cool that you scaled the Yosemite with your bare hands. I’m just not equipped to conjure the appropriate tonality and facial expressions during these occasions.

Have you ever gotten into an argument as a kid, before a meddling adult would break up the fight and force the both of you to make up? You’d mutter “sry” and the grownup would make you do it again, “and mean it this time!” Still, your apology never comes out right, and you struggle to find the middle ground between your hatred for your nemesis and pleasing the grownup so they’d to leave.

That’s exactly how I feel whenever I try to coerce myself into unnatural—for me at least—behaviour. All that forced enthusiasm just ends up becoming lopsided smiles and uncomfortable chatter.

Maybe that’s why I drink so much, or scale frightening heights, or take part in fights (legally). Maybe somewhere in that mishmash of experiences lies the tinder that would spark something.

Similarly, I tend to push myself hard at the gym just to see if I can get a reaction out of myself. Sometimes I work out so hard that tears trickle down my face. It’s not so much despair as it is a physical reaction to exertion. Fascinated by this phenomenon, a gym buddy once asked if I was crying.

Those who pick up on my apathy tell me to be grateful. They ask me to watch sunsets, or travel more, or meditate. They tell me to stop drinking, to watch my diet, to have a detox. They say I should be happy on account of the millions of people suffering in the world.

I never understood the last saying. It’s like telling someone to stop whining about their kidney stones just because other people had the misfortune of suffering third-degree burns.

But I digress. Truth is, there are many people worse off than me. It could be the kid with a hole in his heart or the guy that defaulted on his credit card payments. Heck, it could even be Jenny from accounting and I wouldn’t even know.

That doesn’t stop me from feeling empty though, and last week, during a toilet break at the office, there was a moment where I had to stop and take stock of my life.

During said toilet break, I walked through room after room of people, their laptop screens reflected in their weary eyes, their skin bathed in fluorescent. The cubicles and desks seemed to stretch on forever, a corporate assembly line of sorts, and I felt like nothing but an insignificant cog in this great big machine. I clocked out late that night, and on my long and quiet drive home, I thought about the things I’ve set aside the past couple of years.

I thought about the 500-word draft that was supposed to be a novel by now. The way my harness was collecting dust because my workplace and the climbing gym are on opposite ends of the state. The super-long backpacking trip I was supposed to embark on last year but couldn’t find the time to.

I have bills to pay, I thought. This is the adult thing to do. Besides, I can’t complain when so many people have it worse than me.

But something wasn’t right, and I couldn’t quite put a finger on what it was. That night, on my drive home, a proverbial Geiger counter erupted, and for once after a very long while, my eyes finally sweat—emotionally.