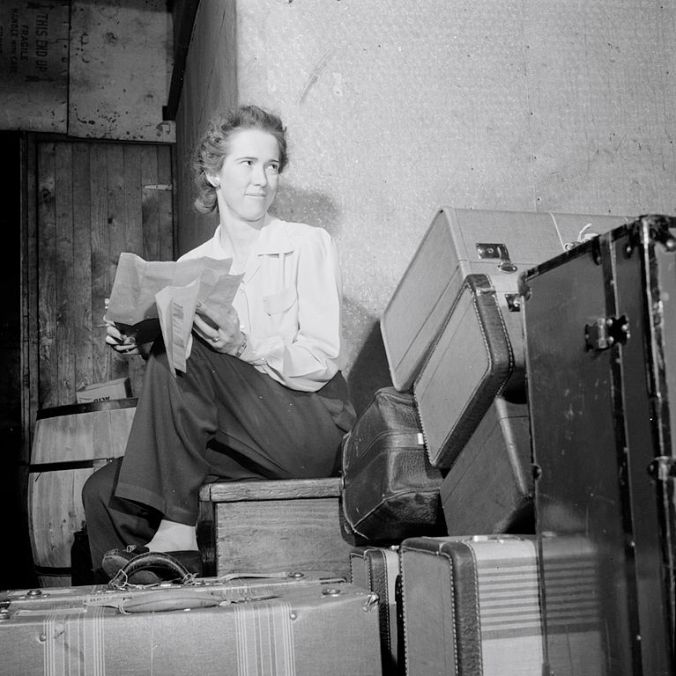 Sara put her finger in the ant’s path. It backtracked momentarily, then crawled onto her finger.

“Look at this ant,” she said. “Think about everything that it’s oblivious of.”

“Mm hmm.” I kept my eyes on my book. I knew—and didn’t like—where this was headed.

“Humans are probably the same. I wonder what’s out there waiting to be explored. You know, you should totally come for the seminar with Aaron and I. We can explore—”

“Because,” I said. “Your guru believes water has feelings.”

“I don’t even—okay fine. Let’s talk about Aaron then.”

“What about him?” she asked, flicking away the ant that had crawled up her forearm.

I read somewhere that ants lose their way when moved from their trail. I watched in sympathy as it scurried off into the darkness, bound to wander aimlessly for the rest of its life.

And that’s the best case scenario. It could stumble into a new colony and get bitten (no pun) to death, or whatever it is ants dish out as capital punishment. Poor ant. One minute it was minding its own business, the next it was in a different universe, walking towards certain death.

“So do you really need to go on those overseas trips with him?”

“It’s for the seminars that you don’t want to go to.” Razor edges lined those last five words.

“It’s not just that. It’s weird coming home to the both of you having dinner. What’s going on, really? Don’t you think you’re bringing baggage into this relationship?”

She sat straight up and turned to me. “Baggage? Are you kidding me, Stuart?”

It’s weird how people love the sound of their names, but whenever it comes up in an argument, it’s a declaration of war. “Don’t talk shit when  you don’t know anything,” Sara said.

“Hey. I like my freedom too, but I’d expect a little more respect in a relationship, at least?”

“Aaron and I are beyond romance. We’re way past all this lovey-dovey shit—you’ll never understand. What you and I have now? It’s just basic.”

Perhaps I should’ve left and saved myself the trouble. But I did like her, and you tend to spare a lot of leeway to people like that. Besides, I didn’t understand her last sentence enough to make a big fuss out of it.

Half a year since that incident, things took a turn for the better. Aaron stopped visiting so much, and she dialled back on the pseudo-science. We were both busy with our new careers: me trying to make sense of the accounting world, her landing a gig as a cheerleader for a local basketball team. Everything was fine, until one particular day where I’d graze the borders of the twilight zone.

“The game ends at eight,” she said before I left. “We can grab dinner after you’re done with work.”

I told her it sounded like a plan, and went off to face my day. After a particularly uneventful day vouching receipts and flipping through ledgers, I figured I’d beat Sara home and surprise her with a dish from her favourite eatery.

I got home at eight-thirty, set everything up, and figured I’d have time to bathe before she came home. I showered, and came out to a message from her: Some of the dancers and the basketball team wants to go to an after party. Will probably hang out for a while.

I was starving, so I ate my portion, and left hers under the food cover. Another message: Will be late. Don’t wait up.

I threw her dinner in the fridge, slammed the door, and went to bed. Naturally, that meant tossing and turning.

I laid there, blanketed by angry thoughts, and the locks to the front door clanged. I heard whispers, then creaks coming up the stairs. I feigned sleep with my back towards the door. Sara came in, the miasma of her perfume mingled with smoke.

She tiptoed to the toilet, took a shower, came back out, then sunk into bed behind me. She gave a soft kiss and a little stroke of the hair. I was waiting for an explanation, or at least an apology, but none came, and soon, she was back out the door.

Puzzled, I woke up and strode down the stairs. At first, I thought she had her friends over, but it turned out to be just one basketball player. His eyes widened as he saw me, as if he wasn’t expecting anyone else to be in the house.

“Hey…” she said. She fumbled for an appropriate affection. Failing that, she merely said, “Meet Leslie.”

He gave me a nod, and I just stared at the both of them. Perhaps his car broke down. Perhaps he just wanted a place to crash. But following the day’s turn of events, I wasn’t about to give her the benefit of the doubt.

Human emotion is such a mystery, that at the outer regions of our spectrum of feelings, lies a space of not giving a fuck. You could go from zero to ten within a specific mood, then you’d just burst through the bubble into nothingness.

If I had to describe what I felt at that moment, it’d probably be how a mother finding her relapsed son’s bag of heroin would feel. “I’m not angry,” the mother’d say. “I’m just very disappointed in you. I’ll just let you think about what you’ve done.” Then she’d leave the drugs on the table and spend the rest of the day crying in her room.

I wouldn’t say I stopped loving her though, because that’s not how feelings work. I stalked back up the stairs, planning to ride out my inner turmoil just as a sailor would brave a storm.

She came back upstairs and said, “Don’t jump to conclusions.”

“It’s okay, Sara.” Yup. I was breaking out the big guns. “You can do whatever it is you want.”

“Pretty damn hard not to do that right now.”

She stood there, then sighed. “I’m going hiking with him later, so I don’t want you to have any funny thoughts.”

“You what?!” The audacity was off the charts. Tracing back our year together, I tried to source which fork in my life led me to where I was that day. I planned to plough that fork with a tractor.

I felt like the ant, suddenly thrust upon a world where the dating concepts were foreign to me. Was I going to die alone, or was I just going to get slain by heartaches? She walked back out the door without an explanation.

Up to this day, I still wonder what she was thinking when she left me at the bedroom window, watching her car back out into the driveway, another experience to pile into my baggage, one that I involuntarily carry through life.

But we all have our own burdens to bear, and for some of us, the best we could hope for is to one day arrive at our destinations… to lost baggage.