There. We’re done. Nothing more to see here. See you next week.

All right keep your pitchforks. That was just the introduction, and it’s not the one tip that I actually wanted to share. But it does make sense, doesn’t it? After all, it’s the one piece of advice that has ever gotten me anywhere in my writing career.

It’s almost like losing weight. Everybody knows it’s all about eating moderately and training hard, but that doesn’t stop them from seeking out the magic bullet, a pill or hack that would magically carry you through a marathon or help you drop a few pounds.

So let me preface this article by saying that you won’t find any of that here. You will, however, be treated to one useful tip that would benefit you no matter where you are in your writing journey.

But let’s build up to that. First, let’s go through the typical writing advice you’d get from Googling ‘writing tips’ and see how effective they are, then we’ll end with what I’ve promised. Deal?

All right then. Let’s begin.

Now this is a pretty good tip. I like to paraphrase Steve Harvey’s saying when it comes to this topic: “First I told this joke for free. Then I told it for twenty bucks. Then a thousand. Then a million.”

In the end, your aim in writing—or as a matter of fact, anything else in life—shouldn’t be for the money or clout.

Everything I’ve ever written was done with the intention of sharing. I never wanted to make money from my posts, yet I’ve still managed to earn some pocket money from Medium.

Had I decided to write for money before I wrote years’ worth of blog posts that garnered a total of seven likes across them all, I would have quit the moment I realised that no one actually wanted to read my work.

Yet I still get writer friends telling me that they would never waste their time on blogging unless they could monetise it. Then they wonder why they can’t get any writing done outside of their day jobs.

You could write for a living and still not write for yourself. So if you find yourself already doing this, then you’re way ahead of the crowd.

Use the active voice (and other technical advice)

This one cheeses me off most of the time. Browse the internet and you’ll find no shortage of advice like ‘use less adverbs’ and ‘avoid cliches’. Some even go as far telling you never to begin a sentence with a conjunction.

But you know what? You take any of these rules and you’ll see a writer who’d made millions from breaking them, so phooey to these tips.

Also, if you read enough of Stephen King’s books, you’ll realise that he—who’d famously coined the ‘adverbs are a pathway to hell’ phrase—wasn’t impervious to using them either.

So do away with the technical advice, especially if you’re just starting out in writing. Make mistakes. Develop your own ear for it. Find your voice.

In the end, you gotta write for you. Photo: Dan Burton

Ha. I’ve personally tried both, and I can tell you that I write better with zero outline. This tip is easily taken as binary, though it’s more of a spectrum, one that I fall on the extreme end of.

Everybody has a different way of approaching the writing process, so I always balk when someone recommends outlining—or not—as the only way to write a proper story.

There are so many other low-hanging fruit that you can work on compared to worrying about your outline—not procrastinating, for one, and also not not writing—so maybe don’t go down the plotter-pantser rabbit hole and actually focus more on just showing up to the blank page instead of procrastinating.

I know you probably had your mind blown the first time you came across this piece of advice, but the truth of the matter is, continuing to read about it won’t make you any better.

You want to work on showing more? Then you gotta actually write some scenes and see what works, or more importantly, what doesn’t.

This is the music equivalent of practising your scales. You can watch YouTube forever and still make zero progress if you’re not going to actually pick up the instrument, which brings me to a very important point, and that’s to…

Yep. Here we are again. The writing world is divided into two main camps. On one side, you have the ‘be a professional’ camp and on the other end, the ‘you only need to write when you’re inspired’ camp.

But that’s like an accounting student saying “I’ll only go to class when I feel like it.”

Or a budding Olympian saying “I’ll only train when I feel like it.”

Or doctor saying—you get the point.

In fact, writing’s one of the few vocations where people can actually justify their unwillingness to work.

How about this: try being a journalist. You’ll quickly discover that writer’s block doesn’t exist when your living depends on your ability to brainstorm ideas and turn them into stories within the same day.

But this isn’t the essential tip you came here for though. The one main advice you should heed when writing is, drumroll please… 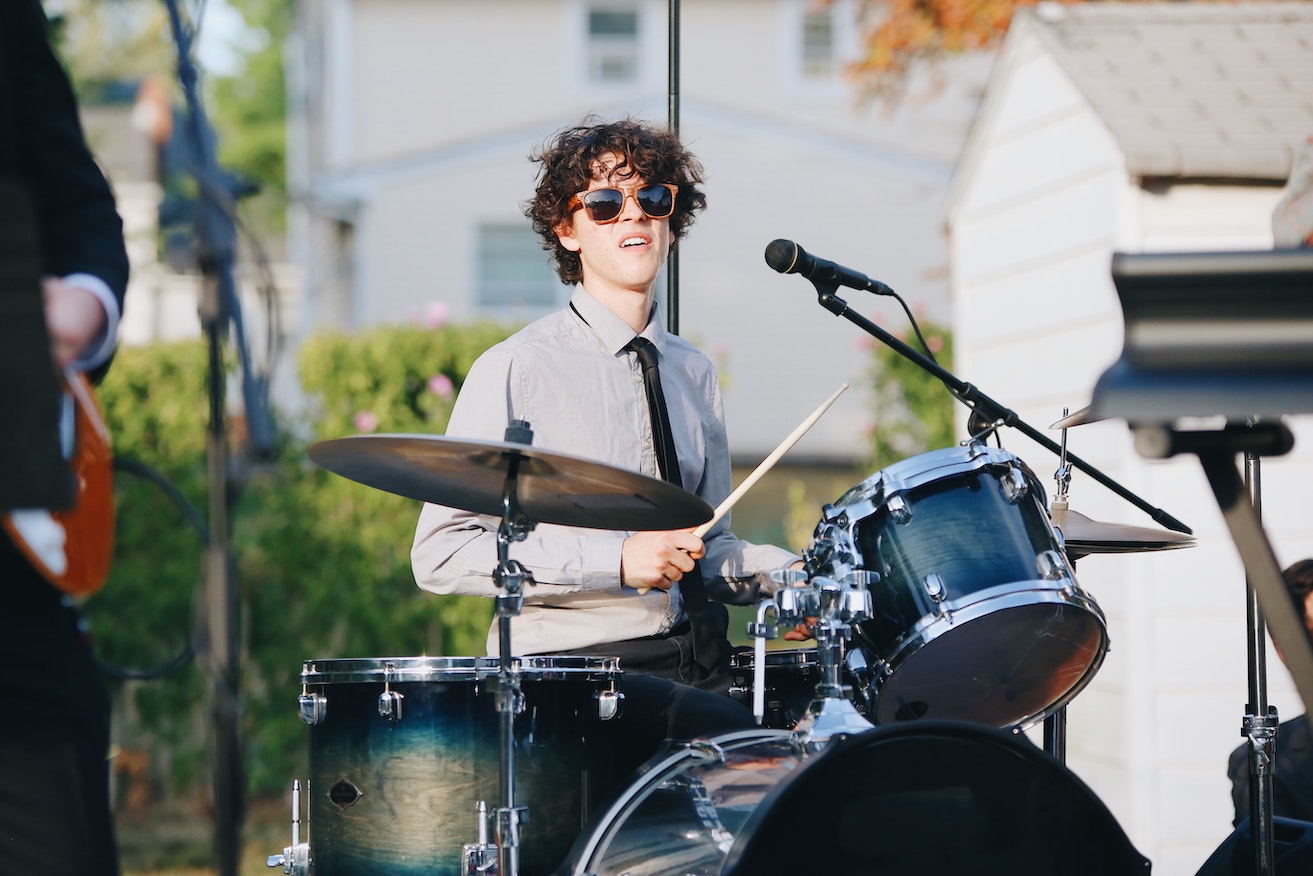 A photo of a drummer to hide the upcoming headline for just a little while longer. Photo: Andy Lee

Stop listening to everybody else

Yes. That includes advice you read in Anne Lamott’s Bird By Bird, Stephen King’s On Writing, or even Blake Snyder’s Save The Cat. Heck, don’t even take any advice from this article, even though you’ve just spent a few minutes of your life reading this.

In the end, your writing is unique to you, and the only way to discover your craft is by practising it often enough to learn where you can improve.

Being able to spot the difference between your work and the greats won’t come overnight. Yes, you’ll know that something’s off, but you won’t know exactly what. I promise you though, that it’ll come with time.

I myself didn’t know I had problems with description until I started writing my second novel. And that realisation hit me only through constant practice. The best way I could put it is like learning how to ride a bike. I didn’t know how to do it, until I did.

Similarly, you’ll need to write enough to be able to spot the problems in your writing—and this is a very personal process, because what’s a problem for you might not seem that way to others. And thus the reason why you should stop listening to others and forge your own path.

Does that mean you shouldn’t take any advice at all?

Well, not really. Like Bruce Lee said, and I paraphrase once more: “Take that helps you and discard the rest.”

In the end though, your growth doesn’t lie in other people’s advice. It lies in your own actions.